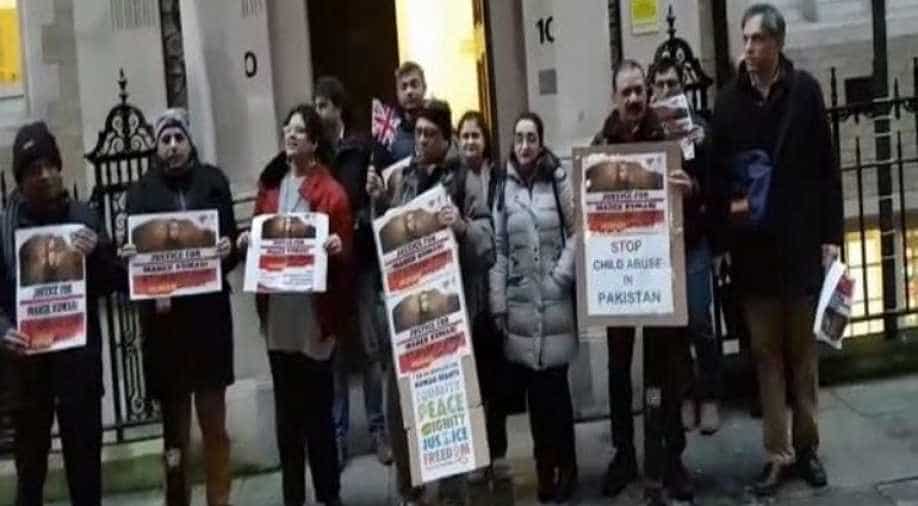 Mehek Kumari said that she was forced to accept Islam causing a widespread furore among the Islamic fanatics.

People from the Indian diaspora on Monday gathered outside UN office in Holborn here to register their protest against the injustices done to Hindu minor girl Mehek Kumari.

A petition was delivered to the UN. Mehak Kumari was recently forcibly converted and married to a Muslim man in Pakistan's Sindh province. The protestors called Pakistan as `abuser of human rights` and demanded justice for Mehak Kumari. Mehak was abducted by a middle-aged man, Ali Raza, from the Jacobabad district of Sindh province on January 15.

The girl said that she was forced to accept Islam causing a widespread furore among the Islamic fanatics. Some Pakistani clerics want the minor girl killed after she retracted her previous statement in the court, where she said that she had accepted Islam of her own free will.

The clerics blamed 14-year old Mehak of murtad, or an act of apostasy, and are demanding death punishment, accusing her of insulting Islam. Meanwhile, the court which is yet to announce the verdict has sent Mehak Kumari to a local Dar-ul-Aman in Larkana district of Sindh for 11 days.The abduction and forceful conversion of Hindu and Christian girls are widespread in Pakistan.

Such incidents have sparked widespread criticism as many victim families are forced to migrate to foreign countries, including India. In 1947, non-Muslims comprised 23 per cent of Pakistan`s population. However, in 2011, the numbers came down to 3.7 per cent.