Indian business travellers to be cleared faster at UK borders: Theresa May 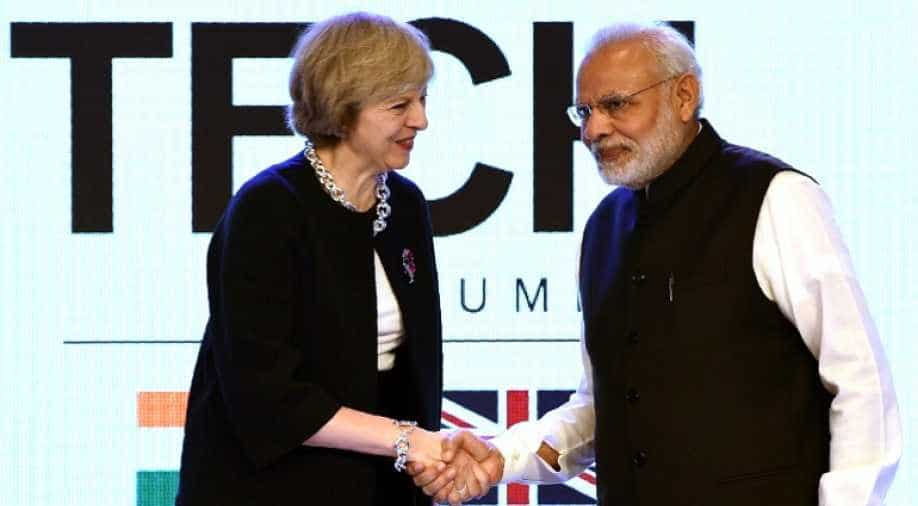 On her two-day trip to India, May aims to reduce trade barriers and pave the way for a post-Brexit free-trade deal. Photograph:( AFP )

Looking to strengthen trade ties with India, British Prime Minister Theresa May said Monday that Indian business travellers would be offered easier access to the UK.

Speaking at the India-UK Tech Summit in Delhi, May said: "So we will offer, for the first time to any country that needs visas to enter Britain, what we called 'Registered Traveller Scheme'.

"That means the Indian nationals who frequently come to the UK and to fuel growth in both our countries, the entry process will become significantly easier," she said.

May said businessmen would have to fill fewer forms, and that they would get access to EU-EEA (European Economic Area) passport control and swifter passage through British airports.

"In short, more opportunities for Britain and India and a clear message that Britain is very much open for business," she added.

May referred to the potential of the British-Indian relationship as "limitless".

"I will be discussing with Prime Minister Modi how we can increase the detail and depth of our trade and investment discussions, and identify what more we can do, now, to unleash our businesses, industries, exporters and investors," she said

"This does not need to wait for us to leave the EU," she added.

The easier access deal will not to be extended to students and skilled employees.

Indian Prime Minister Narendra Modi, who was also at the India-UK Tech Summit, did hint at the sharp decline in Indian students studying in the UK since 2010, asking for  "greater mobility and participation of young people in educational and research opportunities".