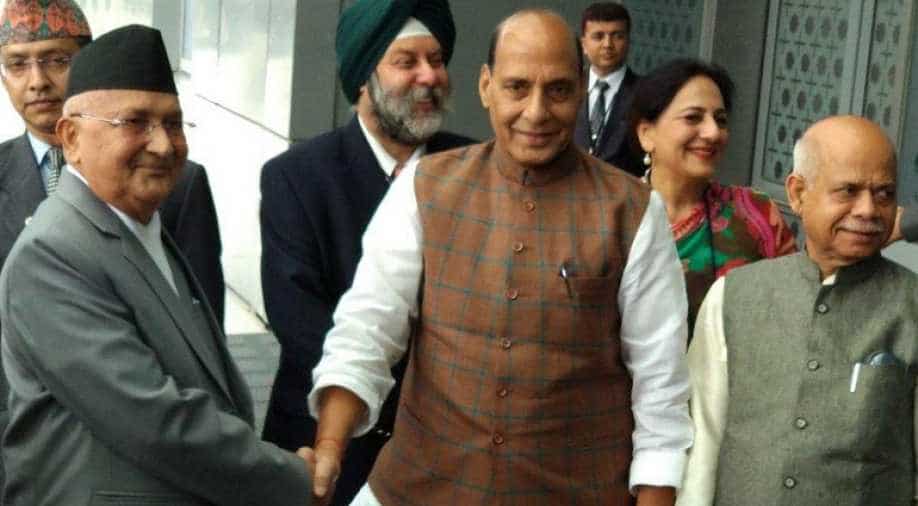 India will play a supportive role in Nepal's development, Prime Minister K P Sharma Oli today said, ahead of his maiden visit to India since assuming office to strengthen bilateral relations, according to a media report.

Oli will be on a three-day visit to India from April 6 during which he would hold talks with Prime Minister Narendra Modi and call on President Ram Nath Kovind and Vice President M Venkaiah Naidu.

"I am visiting India to strengthen bilateral relations. India will play a supportive role in Nepal's development," Oli was quoted as saying by the Himalayan Times.

The Nepalese premiere's entourage will include ministers, members of Parliament, secretaries and other high-ranking government officials, the report said.

Oli also said that China was ready to support Nepal's development
"The government is committed to achieving the goals of good governance and prosperity," he said, adding, "We will give impetus to development because if we do not do that we cannot achieve the goals of sustainable development."

Oli stressed the need for modernisation through science and technology. He also said that his government would adopt a policy of "zero tolerance towards corruption".

Ambassador of India to Nepal Manjeev Singh Puri said India wanted to see a "prosperous Nepal and happy Nepalis", according to the report.

Oli's visit is in line with the tradition of a Nepalese premier visiting India on his first overseas trip.

Congratulating Oli over phone upon his appointment to the top executive post in February, Prime Minister Modi had extended an invitation to him for a visit to India.

External Affairs Minister Sushma Swaraj had visited Nepal before Oli took office to congratulate him for the historic victory of the Left Alliance in Nepal's Parliamentary and Provincial elections.

Oli, widely regarded as pro-China, had last month said he wants to "update" relations with India "in keeping with the times" and favours a review of all special provisions of the Indo-Nepal relations, including the long-established practice of Nepalese soldiers serving India's armed forces.