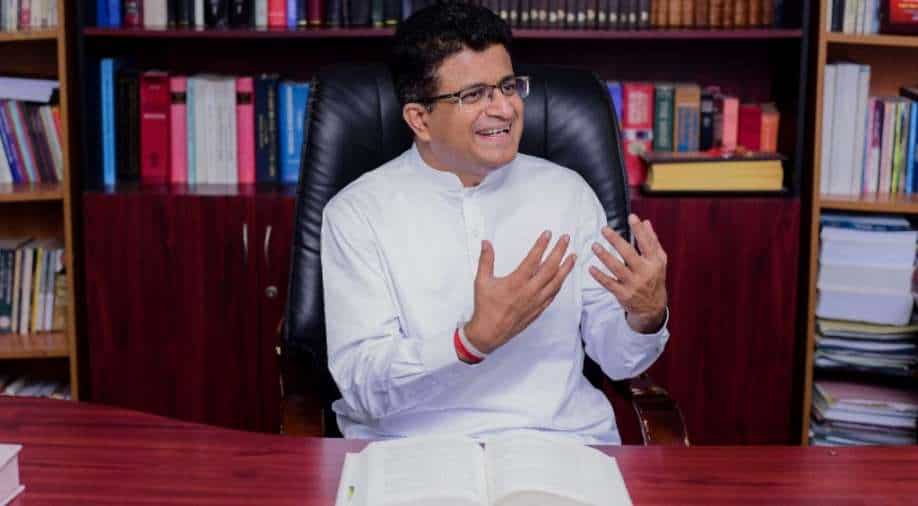 It took more than two decades for India and Sri Lanka to finalise the deal to build Trincomalee oil farm tanks, a move expected to boost energy security for both countries and set the stage for further economic cooperation.

The first agreement pertains to modernising 61 British-era tanks, where the Indian Oil Corporation will hold a minority stake of 49 per cent while the rest is with the Ceylon Petroleum Corporation (CPC) which will also operate the remaining tanks.

The lease will be valid for 50 years.

India had for long wanted to secure the Trincomalee farm tanks as it was averse to a foreign company operating them in their backyard.

Talks were being held since 1987, but the major breakthrough emerged when Sri Lanka found itself in the midst of an economic crisis this year.

Talking exclusively to WION, Sri Lanka’s energy minister Udaya Gammanpila revealed why it took both countries so long to conclude the deal.

“Well, India wanted to have all 99 tanks in their control and then sublease to Sri Lankan entities who want to use these tanks. So when I became the minister, I realised that India's interest is not commercial but it’s a security concern. This oil tank farm has 100 tanks with a capacity of 10,000 metric tons each, 8 million barrels of oil can be stored in this oil tank farm. If an enemy of India takes control of these tanks, the enemy can attack India without any uninterrupted break because of the unlimited fuel supply on their ships, planes and submarines. So, this is India’s worry that they don't want to develop this,” he said.

“This is my own assessment — If they (India) could bomb and destroy this, their problem is over. I realised this and I agreed with them that we will not allow a third party to involve in the development of these tanks without the Indian consent. That's what they exactly wanted,” he said.

Gammanpila said that they had to change the proposals to include India’s concerns.

“So, I changed the frame, and our counter-proposal was accepted by India. It was a tough negotiation. We had 22 rounds of negotiations during the period of 16 months. There were heated exchanges and somehow, in the end, we have reached a consensus and the entire oil tank farm will now be used for the first time since the second world war,” he said.

The energy minister acknowledged that the government was unable to match the rising demand and failed to develop thermal and renewable energy resources.

“Usually, from Jan to April, dry season takes place in Sri Lanka and our water level goes down drastically. At that time, we usually rely on thermal plants, but unfortunately, since we didn’t add either renewable energy or thermal energy during the last 8 years, there weren’t sufficient supplies to cater to the increasing demand. I have predicted that there will be power cuts probably from mid-February,” Gammanpila said.

With power production coming down, Sri Lanka was looking to increase the operations of existing thermal power plants, but the foreign reserve crisis prevented the country from purchasing diesel and furnace oil.

“We need US $500 million to meet the energy requirements of the country. This is something we can't bear because we are in a foreign currency crisis. That's why we are facing this difficulty,” he said.

Sri Lanka has foreign debt obligations exceeding $7 billion in 2022, including repayment of another bond worth $1 billion in July.

Shortages of cash have hindered imports of essentials and raw materials for manufacturing, and shortages have worsened inflation, which surged to 12.1% in December from 9.9% in November.