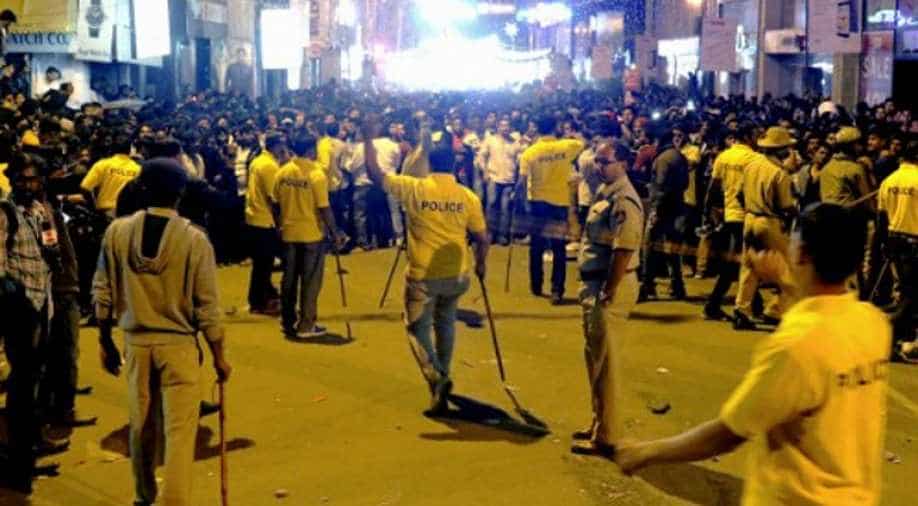 Bengaluru, which was considered one of the safest cities for women in India, was shamed on the New Year's eve when several women complained of mass molestation by hooligans. Photograph:( AFP )

Two more incidents of women being molested have been reported from the Southern Indian city of Bengaluru, days after the New Year's molestation incidents.

A 23-year-old woman was allegedly assaulted near her home early on Friday.

Another woman was allegedly molested by two men while on her way to the gym on January 4. A case has been registered in the city's Banaswadi Police Station, ANI reported.

In a CCTV footage recovered from a textile shop near the scene of the crime, the woman wearing a burkha was seen heading towards a bus stop near her residence on Friday. She was followed by a man who, after a short while, walks away nonchalantly.

The man then allegedly tried to molest her and fled from the scene when dogs nearby started barking, the police said. TV channels showed the woman with injuries on her body which she reportedly suffered while trying to defend herself. She was taken to a hospital for treatment.

Police officials said they are investigating the incident.

Friday's incident makes it the fourth instance of molestation in the country's IT-hub. On Thursday police arrested four persons for allegedly groping and assaulting a woman by near her home in the city's Kammanahalli locality on New Year's Eve.

The New Year's Eve incident, which took place despite the presence of 1500 police personnel, sparked outrage, after the state home minister G Parameshwara's insensitive remarks that "such incidents do happen on New Year's day and Christmas."

The minister also said such incidents happened because of "youngsters trying to copy the Westerners not only in the mindset, but even the dressing," drawing an angry response from activists who demanded his resignation.