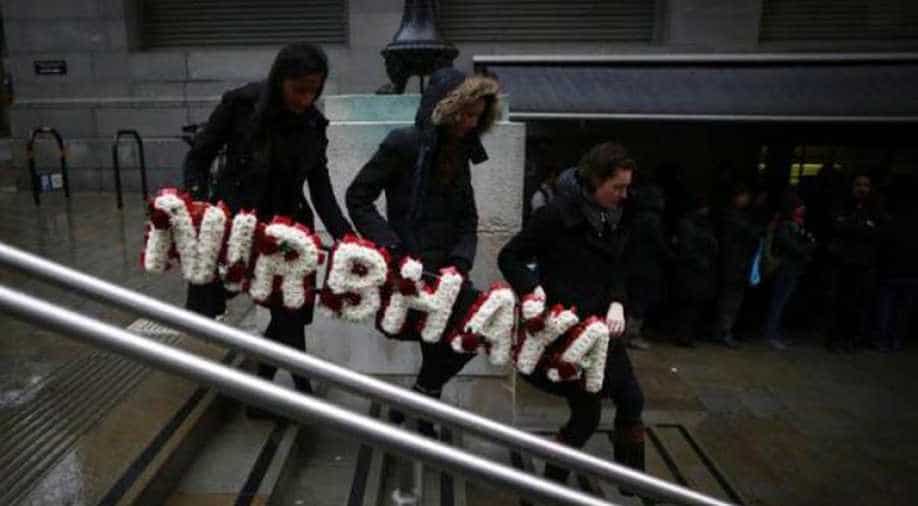 In 2012, 6 people gang raped a 23-year-old physiotherapy intern in a moving bus. She succumbed to her injuries a few days later ||The 4 convicts had challenged the death sentence given by the Delhi High Court and a trial court ||Supreme Court is unlikely to grant them relief

India's top court, the Supreme Court of India, will at 2 pm today deliver the verdict on the appeals against the death penalty filed by four death-row convicts in the December 16 Nirbhaya gang rape case.

A Delhi trial court as well as the Delhi High Court had sentenced all four convicts -- Akshay, Pawan, Vinay Sharma and Mukesh -- to death for the gang rape of a 23-year-old physiotherapy intern in 2012.

The convicts had challenged the death penalty given by the Delhi High Court and trial court in the Supreme Court.

The matter is being heard by the top court bench headed by Justice Dipak Misra and consisting of Justices R Banumathi and Ashok Bhushan.

The top court is unlikely to grant relief to the accused.

Justice Dipak Misra, who does not hesitate to give the death sentence, has upheld rape as depravity which is not curable.

On December 16, 2012, six people gang raped a 23-year-old physiotherapy intern in a moving bus. Eleven days after her assault, she was transferred to a hospital in Singapore for treatment but succumbed to her injuries two
days later.

One of the accused, Ram Singh, hanged himself in prison. The other accused, who was a juvenile at the time of the crime, was convicted in August last year and will serve the maximum sentence of three years in a reform
home.

Ahead of the verdict, Nirbhaya's mother said that she has full faith in the judiciary and is sure that the top court will give justice to her daughter.