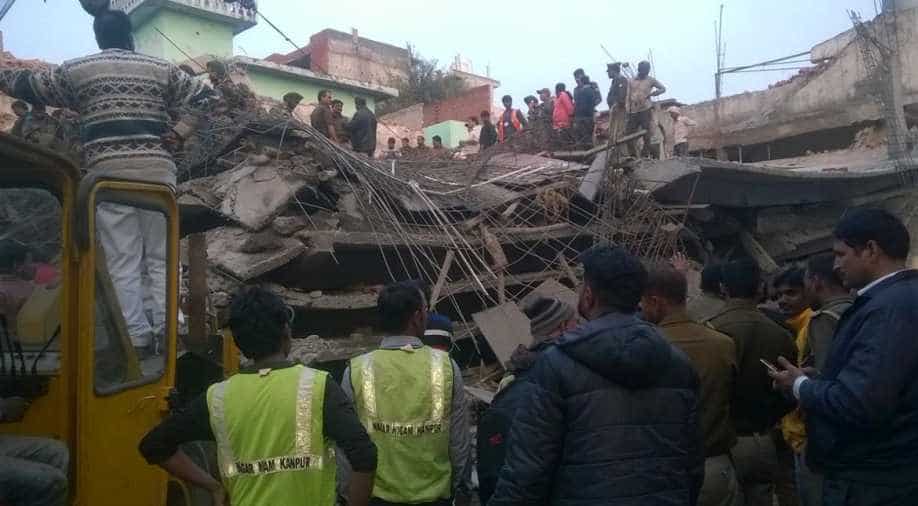 All the injured pulled out of debris were rushed to the hospital where they are presently undergoing treatment. Photograph:(WION)
Follow Us

Seven people were killed and several injured as an under-construction building collapsed in Kanpur, located in North India.

The injured pulled out of debris were rushed to the hospital. A few of them continue to be in a serious condition.

The incident took place in the industrial city's Jajmau area.

Scores are still feared to be trapped under the debris. The death toll is likely to go up further, the state administration said.

Two columns of Army and two National Disaster Rescue Force (NDRF) teams were immediately rushed to the spot to carry out rescue operations.

The state police and civil defence officials are also helping out with the rescue operation.

"Spoke to DG (director general) NDRF regarding the news of an under construction building collapse in Kanpur (sic). Two teams are rushing to the spot for rescue ops. I offer my condolences to those who lost their loved ones in Kanpur building collapse. I pray for the speedy recovery of the injured," the senior minister tweeted.

While the reason behind the collapse is yet to be ascertained, a section of officers in the state administration pointed out that a weak foundation and sub-standard raw materials used in the construction of the building could have resulted in the tragedy.

An inquiry has been ordered into the collapse of the building.