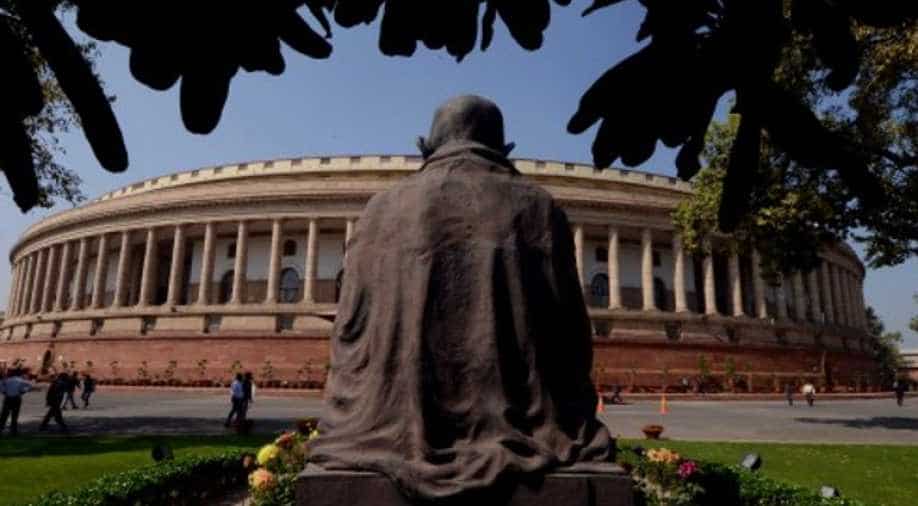 Parties including Congress, Left, SP and BSP wrote to the Election Commission and the President opposing the advancing of the budget presentation to February 1 before the polls. Photograph:( Getty )

A united opposition on Thursday visited the office of India's Election Commission to discuss the date of the Budget Session and demanded that it be presented once the assembly elections are over.

"Populist measures could be taken in budget, so a just and fair election can't be held. We demand that budget be presented after March 8, which is when polling for elections will be over," said Congress leader Ghulam Nabi Azad after meeting the poll panel.

The Budget Session of the Parliament will begin on February 1.

The Election Commission on Tuesday announced seven-phase polling for 403 assembly constituencies in the politically crucial state of Uttar Pradesh, two-phase polling in Manipur and one-phase polling each in the states of Punjab, Uttarakhand and Goa respectively.

While the Election Commission said it will examine a representation made by parties opposing the February 1 Budget plan, finance minister Arun Jaitley defended the move asking why Opposition parties are afraid of it when they have claimed that demonetization is an unpopular decision.

Parties including Congress, Left, SP and BSP wrote to the Election Commission and the President opposing the advancing of the budget presentation to February 1 before the polls.

"It is a collective and serious concern of the Opposition parties that advancing the presentation of budget to February 1 will provide an opportunity to the government to make populist announcements to influence voters. This will not only give unfair advantage to the ruling party but will also undermine the process of free and fair elections. It is therefore demanded that in view of the forthcoming elections and the precedent of 2012, the advancement of the presentation of the budget should not be allowed," Leader of the Opposition in the Rajya Sabha Ghulam Nabi Azad said in a letter to Chief Election Commissioner Nasim Zaidi.