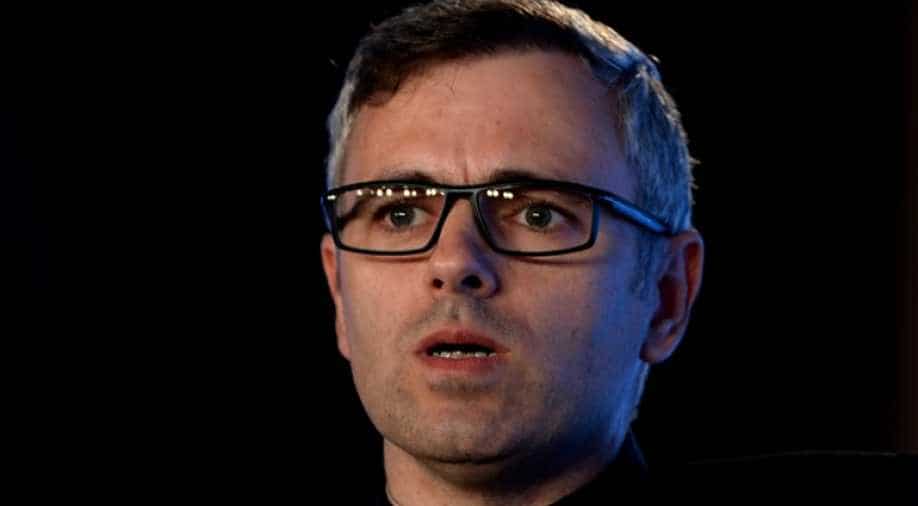 "At this rate, we might as well forget 2019 and start planning for 2014," said former Chief Minister for Jammu and Kashmir about the BJP lead in UP, Omar Abdullah. Photograph:( AFP )

On the 27th anniversary of the exodus of Kashmiri Pandits and other migrants, India's Jammu and Kashmir state assembly passed a resolution for the return of Kashmir Pandits to the valley on Thursday.

Soon after the House met in the morning, former chief minister Omar Abdullah said, "Today it has been 27 years since they (Kashmiri Pandits, some Sikhs and Muslims) left the valley and we should rise above politics and pass a resolution in the house for their comeback."

We should create circumstances for Kashmiri Pandits to return to their homes: Omar Abdullah in J&K Assembly pic.twitter.com/phjQYcJHCy

The Kashmiri Pandits are a brahmin community native to the valley, their numbers began to decline as a result of the 1948 riots and 1950 land reforms. The situation became critical in the 1990's for them as rising militancy in India's Kashmir region led to a mass migration of Kashmiri Pandits to other parts of India.

On Thursday, once the question hour came to an end, minister for Parliamentary affairs Abdul Rehman Veeri approved the resolution and decided to introduce it in the House.

Speaker Kavinder Gupta moved the resolution which was passed by a voice vote.