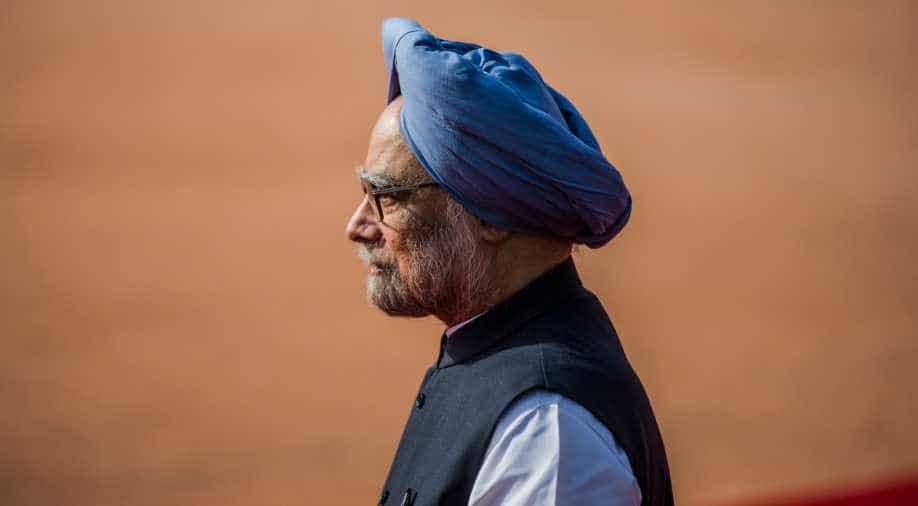 Taking a dig at the Shiromani Akali Dal-Bhartiya Janta Party (SAD-BJP) government in the Indian state of Punjab, former prime minister Dr Manmohan Singh said that the alliance is responsible for wrecking the state's economy.

Dr Manmohan Singh  released the Congress' manifesto for the upcoming Punjab Assembly polls today. The manifesto promises loan waiver and free power to farmers, wiping out of drug trade within a month, stipend of Rs 2,500 per month to unemployed youth, free smart mobile phones to youth and free textbooks to all children.

The former prime minister expressed confidence that the leadership of the Congress' chief ministerial candidate, Captain Amarinder Singh, will bring a better future for the state.

While lashing out at the state government for mismanaging the state, the Dr Singh told the media that "the people of Punjab need a better tomorrow."

He further added that "this election manifesto is a visionary document, which promises the people of Punjab that we will undo the damage done to the economy by the previous government in the last years".

"The government has not been able to harness the potential of the state," Dr Singh, who is the head of the Punjab manifesto committee said.

On the fiscal situation of Punjab's finances, the former prime minister, who is also an acclaimed economist, said that "the fiscal mismanagement in Punjab under the present government is unprecedented."

He expressed hope that "Amarinder Singh's government will undo all this damage and set a new path for a better tomorrow which will see that the people of Punjab will have the highest per capita income, better distribution of income, better employment prospects for the youth and better infrastructure and social structure development."

Speaking on the occasion, Captain Amarinder Singh promised jobs, a new industrial policy, and complete crackdown on the drug menace in the state

On the contentious issue of Sutlej-Yamuna link canal, he said that the state does not have any water to share and that a law will be passed for not sharing any of state's water when the new assembly convenes, PTI reported.

The former prime minister's last big intervention in Rajya Sabha on the issue of demonetisation had generated lot of attention because of its scathing criticism of the policy.