India: BJP calls for abandoning practice of 'darbar move' in Jammu and Kashmir 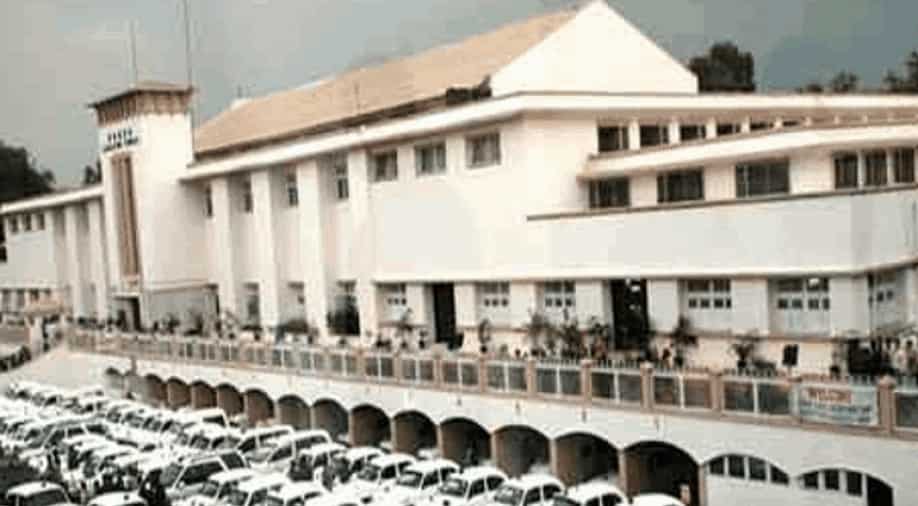 The Raj Bhavan, Civil Secretariat and other offices closed in Jammu on April 28 and reopened in Srinagar on Monday. (Image source: jkgad.nic.in) Photograph:( PTI )

Darbar Move is the bi-annual shift of the secretariat and government offices of Jammu and Kashmir to Jammu in winters and Srinagar in summers. || ||The BJP has called for a bifurcation of the state offices.

The BJP on Monday called for abandoning the pre-Independence, bi-annual practice of 'darbar move', under which the Jammu and Kashmir government functions six months each in the two capitals -- Srinagar and Jammu.

The stand of the BJP, a ruling coalition partner in Jammu and Kashmir, may trigger a major controversy in the state.

State government offices started functioning from the state's summer capital Srinagar on Monday after shifting from the winter capital Jammu.

The Raj Bhavan, Civil Secretariat and other offices closed in Jammu on April 28 and reopened in Srinagar on Monday.

"The practice of 'darbar move' should be abandoned. There should be bifurcation of the state offices," state BJP spokesperson Virender Gupta said.

His statement was endorsed by Assembly Speaker Kavinder Gupta who said the practice costs the state exchequers heavily.

The spokesperson said that practice of 'darbar move' was adopted in Jammu and Kashmir as well as in some other parts of the country because of the special circumstance prevailing at that time when means of communication were limited and electronic communication was almost negligible.

He said because of the advancement in the electronic communication, air journey and better road facilities, this practice was abandoned in the rest of the country whereas it still continues in Jammu and Kashmir.

He suggested that the secretariat, directorates and offices of corporations should remain operational in Jammu as well as in Srinagar.