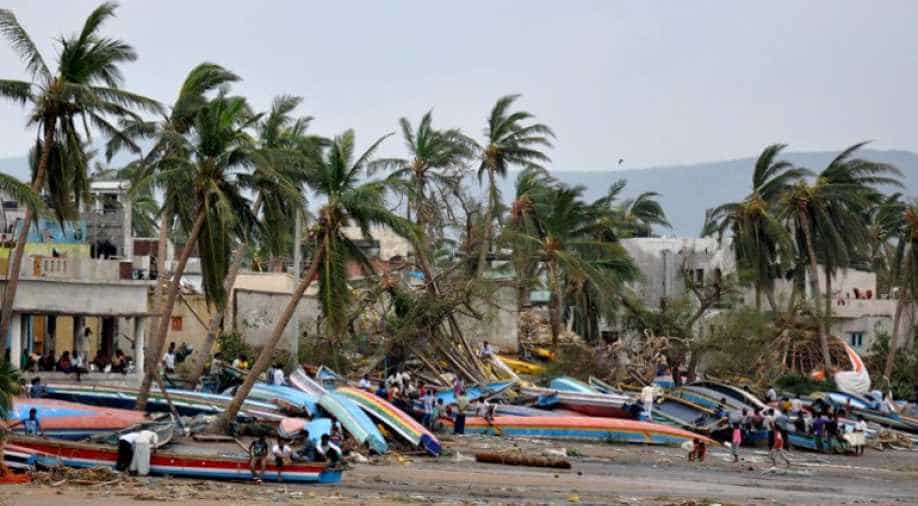 The cyclone was 840 km south-southeast of Vishakhapatnam on December 10. Photograph:( AFP )

With severe cyclone Vardah expected to cross the Bay of Bengal coast in the next two days, the Andhra Pradesh government today placed the administrative machinery in SPS Nellore, Prakasam, Guntur and Krishna districts on high alert to meet any eventuality.

Chief Minister N Chandrababu Naidu conducted a teleconference with officials of different departments this morning and directed them to take all precautionary measures.

"I have cancelled my trip to the Gulf (scheduled to begin tomorrow). I will constantly monitor the situation," he told the officials.

The cyclone is currently 840 km south-southeast of Vishakhapatnam. The sea continued to be very rough around the Andhra coast, according to the National Disaster Management Authority.

"The cyclonic storm is very likely to maintain its peak intensity up to evening of December 11, 2016," NDMA added.

According to the weather forecast, the cyclone may make a landfall somewhere between Kavali and Machilipatnam and under its impact rainfall is likely in the south coastal districts of Andhra Pradesh.

"Keep adequate stocks of food and also cash. Electricity poles and cement should also be kept ready for any emergency," the Chief Minister directed the officials.