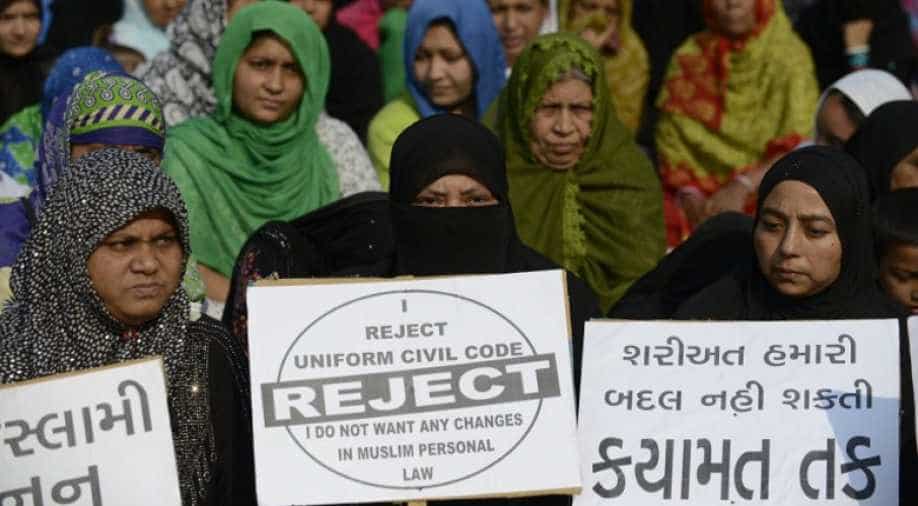 The Allahabad high court has said the practice of triple talaq -- which allows a Muslim man to divorce his wife by saying the word "talaq" or "divorce" three times -- is unconstitutional.

"Triple talaq is unconstitutional, it violates the rights of Muslim women," it said.

"No Personal Law Board is above the Constitution," it added.

"Muslim law, as applied in India, has taken a course contrary to the spirit of what the Prophet or the Holy Quran laid down and the same misconception vitiates the law dealing with the wife's right to divorce", a single judge bench of Justice Suneet Kumar said in its judgement passed last month.

The court observed that "divorce is permissible in Islam only in case of extreme emergency. When all efforts for effecting a reconciliation have failed, the parties may proceed to a dissolution of marriage by Talaq or by Khola".

A number of PILs or public interest litigation petitions have been filed around the country, including in the Supreme Court, against the practice.

When asked for its opinion, the Indian government had recently said it was against the practice.

The Indian constitution allows Muslims, the biggest religious minority group, to regulate matters such as marriage, divorce and inheritance through their own civil code.

Women's rights activists say the "triple talaq" practice -- which allows Muslim men an instant divorce with Muslim women being divorced via Facebook, Skype and text message -- is unconstitutional because it violates the right to equality.

However, All India Muslim Personal Law Board (AIMPLB), a non-governmental body which oversees the application of Muslim personal law, opposes any ban on triple talaq and polygamy.