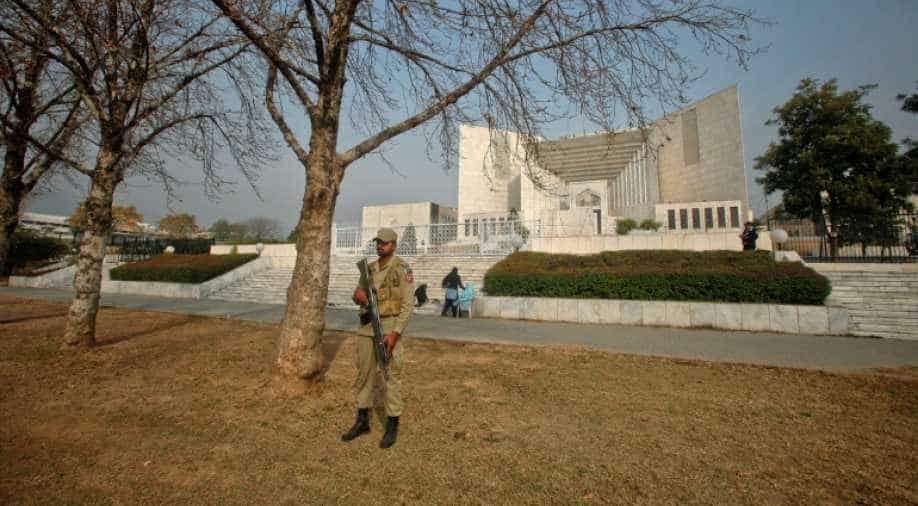 'I think Justice Khosa's tenure will be substantially different,' said Saroop Ijaz, a lawyer for Human Rights Watch, who has been critical of Nisar's activist court.

Pakistan swears in a new chief justice on Friday, opening the next chapter for the Supreme Court which has made a name for an expansive agenda that has ranged from ousting a prime minister to pressing authorities to improve the public water supply.

Outgoing Chief Justice Saqib Nisar cultivated a high profile, launching multiple inquiries aimed at reforming public institutions and going after political leaders, attracting both praises for cracking down on abuse and criticism that he was exceeding the court's role.

His successor, Supreme Court judge Asif Saeed Khosa, has a taste for literary quotation but is otherwise considered a more classical judge, preferring to stay out of the limelight.

"I think Justice Khosa's tenure will be substantially different," said Saroop Ijaz, a lawyer for Human Rights Watch, who has been critical of Nisar's activist court.

In one of its best-known judgments, the Supreme Court removed three-time prime minister Nawaz Sharif from office in July 2017 and ordered a corruption probe into his assets that led to Sharif being given a seven-year jail term in December.

The court enraged hardline Islamists last year by overturning the conviction of Asia Bibi, a Christian woman condemned to death for blasphemy against Islam.

But it has also used so-called "suo motu" provisions in Pakistani law that allow the court to open cases on its own initiative to set its stamp on wide swaths of public life and denounce the failure of public institutions.

It has ordered inquiries into issues ranging from payments to farmers by powerful sugar mills to milk prices, city water supplies and corruption allegations against managers of the railways and national airline PIA.

However, the outgoing chief justice's activism did little to drain the backlog of more than 40,000 cases at the Supreme Court and a staggering 1.9 million combined cases pending in other courts.

"It's a highly problematic period at multiple levels," said legal scholar Osama Siddique, an Associate Fellow at the Institute for Development and Economic Alternatives in Lahore.

"Justice Saqib Nisar's entire emphasis was on other institutions and how they should improve their governance but he did not do anything to improve the governance and internal administration of the judiciary."

"Saqib Nisar's tenure was in many ways a cautionary tale in unfettered judicial overreach," said Ijaz. "It was unprecedented in the extent of its activism and disregard of formal legal procedures."

Nisar himself has said his suo motu cases and frequent public appearances to inspect development projects and facilities such as schools and hospitals were aimed at protecting the poor.

Allies of Sharif say his assertiveness served the interests of Pakistan's powerful military and hinted at a return to the past when they say judges cut politicians down to size at the behest of the generals.

The military, which has ruled Pakistan for nearly half its history since independence in 1947, denies involvement in domestic politics.

But Sharif's removal and the defeat of his PML-N party in elections last year led to the appointment as prime minister of Imran Khan, a cricketer-turned-politician seen by analysts and opposition politicians as close to the military.

The new Chief Justice, who will hold office for 11 months, has a tough task to reform Pakistan's sluggish judiciary.

Khosa wrote the judgment that ousted Sharif, opening with an epigraph he took from "The Godfather", Mario Puzo's bestselling novel on the mafia: "Behind every great fortune there is a crime."

But literary flourishes apart, Ijaz said his record suggested he would adopt a much lower profile than his interventionist predecessor.

"Khosa has in the past written strongly worded judgments (and) has never shown a desire for publicity... The hope is that he will continue on that theme and work towards reform, starting with the judiciary itself."