In meeting with Imran Khan, Xi offers support for improvement of Indo-Pak ties 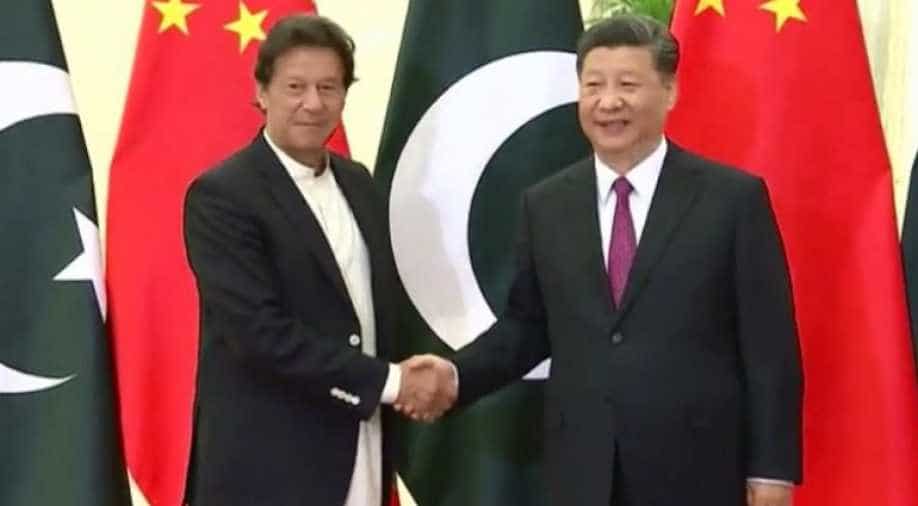 Xi's remarks come a day after his meeting with Narendra Modi on Thursday during which the Prime Minister made it amply clear that dialogue with Pakistan is not possible without Islamabad giving up terrorism.

During their meeting on the sidelines of the Shanghai Cooperation Organisation Summit, Xi told Khan that China "supports Pakistan and India in improving their relations", state-run Xinhua news agency reported.

Prime Minister Modi raised the issue of cross-border terrorism emanating from Pakistan during his talks with President Xi and said India expects "concrete action" by Islamabad to create an atmosphere "free of terror" for the resumption of dialogue.

India has not been engaging with Pakistan since an attack on the Air Force base at Pathankot in January of 2016 by a Pakistan-based terror group, maintaining that talks and terror cannot go together.

Early this year, tensions flared up between India and Pakistan after a suicide bomber of Pakistan-based Jaish-e-Muhammed (JeM) killed 40 CRPF personnel in Kashmir's Pulwama district.

During his talks with Khan, Xi also offered China's support for Pakistan in counterterrorism efforts.

China is willing to help Pakistan within its capabilities, Xi said, adding that China supports Pakistan in implementing its national counter-terrorism plan to the end and is ready to help the country strengthen its counter-terrorism capacity.

Stressing that the two sides should well maintain, consolidate, and develop their all-weather partnership and all-dimensional cooperation, Xi said that China and Pakistan should carry out in-depth communication on issues of common concern, so as to make joint efforts to safeguard regional and international security and stability.

The two sides should expand and enrich the construction of the China-Pakistan Economic Corridor (CPEC) with a new focus on areas including industrial parks, agriculture and social welfare, Xi said, referring to the multi-billion dollar project which is part of his ambitious Belt and Road Initiative.

President Xi also called on the two countries to take the upgrade of the China-Pakistan Free Trade Agreement as an opportunity to vigorously expand bilateral trade.

He also urged the two countries to foster a closer community with a shared future against complicated regional and international situations.

Xi noted that it has been his third meeting with the Pakistani prime minister in the past eight months.

This, he said, fully demonstrates the high level of the China-Pakistan all-weather strategic cooperative partnership.

He called on the two countries to carry out closer coordination and cooperation.

Pakistan, Khan said, is committed to deepening its strategic relationship with China, and will firmly advance the construction of the CPEC.

He added that his country will take effective measures to ensure security for the project.