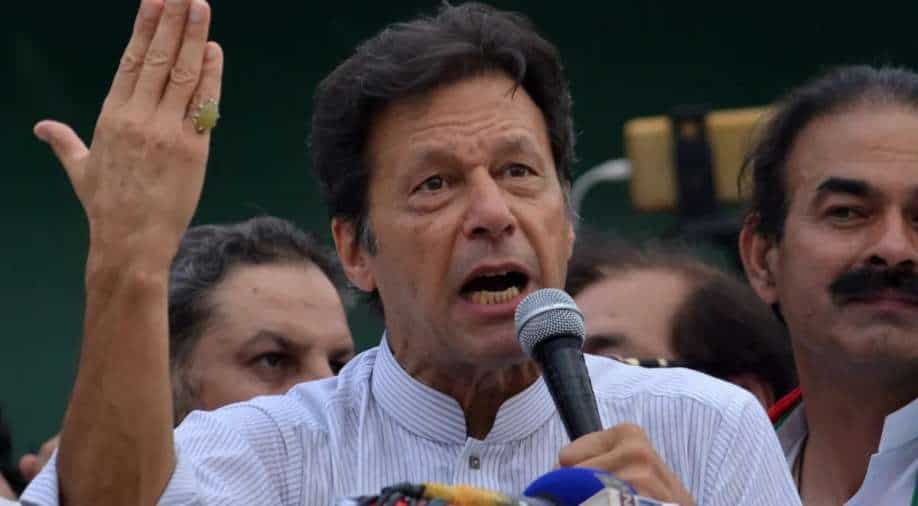 This revelation by Khwaja comes just a few days ahead of the re-election in the Punjab province, where Khan's PTI is likely to get tough competition from the Pakistan Muslim League-N (PML-N). Earlier on Sunday, PML-N Vice President Maryam Nawaz Sharif said that he had "lost his sense" since his removal from power and predicted that "Punjab will wipe out Imran Khan's politics".

The US has received an apology from Imran Khan's Pakistan Tehreek-e-Insaaf (PTI) party for claims that the cricketer-turned-politician's removal as prime minister was planned by the US. On the Pakistani local news show "Naya Pakistan," the defence minister of Pakistan, Khawaja Asif, made this claim. Additionally, he disclosed that Shehbaz Sharif's government had obtained documentation of PTI's apologies to Donald Lu, the Assistant Secretary of State for South and Central Asian Affairs, whom Khan had criticised for the purported foreign conspiracy.

Speaking during the Pakistani local Geo News programme "Naya Pakistan", the defence minister said, "We [the coalition government] have obtained all records regarding PTI’s apology to Lu. Evidence has been received regarding PTI leaders’ meeting with the US government where they tendered an apology."

He went on to say that although Khan had previously used anti-American chants at his public rallies, he is now "apologising for his faults." The PTI chairman, according to Asif, addressed a message to the US expressing his desire to "repair matters and his relationship with the superpower."

He also commented on the tape of Bushra Bibi, the wife of Imran Khan and a former first lady, that was leaked. Notably, she could be heard telling PTI's Dr. Arsalan Khalid to run traitor trends on social media in the recording that was leaked. Regarding these reports, Asif stated that the PTI might ask the court to have the audio that was released forensically verified by a third party.

According to the defence minister, Imran Khan is attempting to discredit institutions, now that he has lost the presidency and his cabinet was overthrown by the no-confidence vote. Asif continued, "He should be ashamed of making accusations against the institutions."

Asif responded to Imran Khan's "contradictory claims" about a foreign conspiracy, saying, "In the past, we too have criticised the institutions but never levelled accusations." He continued by claiming that he had previously loved all of the things he had been critical of while Khan was in charge.

Imran Khan had earlier demanded the firing of Donald Lu while speaking at a rally on June 6.

Imran Khan had made a jab at the Pakistani Army by saying, "We ask the neutrals... when your job is to safeguard the nation, and Donald Lu instructed our ambassador to remove Imran Khan when it was determined that this cypher had arrived... Was it not the responsibility of those tasked with defending the nation to put a halt to this plot rather than remain neutral when the National Security Committee claimed intervention occurred and sent a demarche to the US?

According to a study, Imran Khan's anti-American rhetoric and claims that the US is involved in a plot to remove him from office are harming relations between Pakistan and the west.

Pakistan’s economy is already facing a huge challenge, and the country often turns to Western-led multilateral financial institutions, including the International Monetary Fund (IMF) and the World Bank.

Given that Khan has resorted to the Washington-based IMF, which has given Pakistan 22 bailouts since 1958, for assistance with the country's economy, Islamabad's economic troubles require that it heal relations with the west.

Imran Khan, a former cricketer who is now a politician, made some provocative claims about Washington's alleged involvement in a "foreign conspiracy" to remove him from office. According to diplomatic observers, these claims may have a negative effect on bilateral relations and may cause US officials to be more cautious when dealing with Pakistani officials.