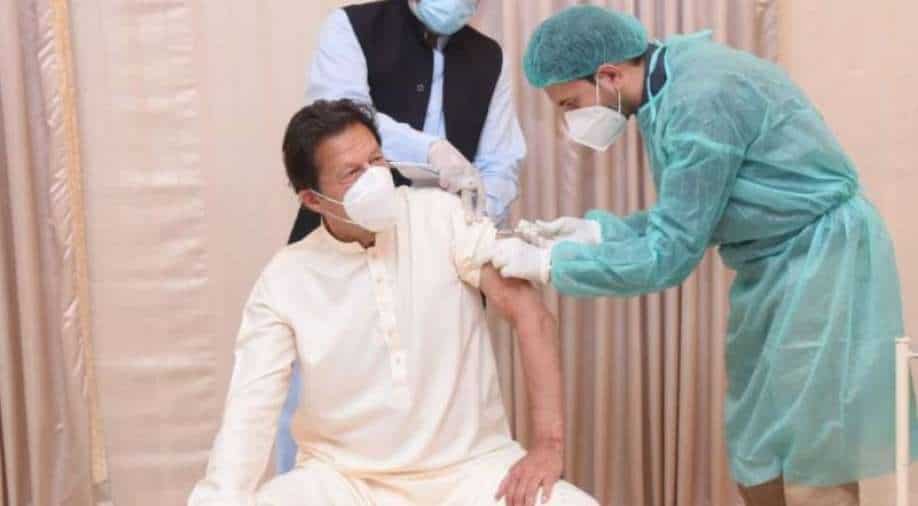 Imran Khan getting infected with coronavirus is likely to have negative impact on Pakistan's already struggling vaccination drive. For months, Pakistan struggled to source vaccines for its
citizens. Now when it finally has vaccine doses, the prime minister himself been tested positive just 2 days after getting a jab.

There are concerns this could lead to greater vaccine hesitancy in the country.

Imran Khan and his wife Bushra bibi have tested positive and are currently self-isolating. Indian PM has wished a speedy recovery to Imran khan. But what's making headlines is the fact that Imran khan got infected just two days after receiving his first vaccine shot. The jab was of the 'Made-in-China' Sinopharm vaccine which in January this year, was called one of the most unsafe vaccines with 73 side effects, by a Chinese doctor,

Nonetheless, Pakistan has received two batches of Sinopharm. The first shipment of 500,000 doses arrived in February. The second shipment of another half a million doses reached last week. Islamabad is also in talks with another Chinese company CanSino biologics to vaccinate its population of 220 million but the question is, how many in Pakistan will be willing to take the shot?

This, especially after knowing how ineffective Chinese vaccines could be. Asad Umar, the minister-in-charge of Pakistan's Covid-19 operation says Imran Khan had been infected prior to his vaccination and that the symptoms take a few days before manifesting.

The claims may be scientifically justified but in a country where polio still remains an endemic due to widespread conspiracies against inoculation, it might get slightly tough to convince the people.

Earlier this month, an Ipsos poll conducted on vaccine hesitancy in Pakistan showed that 2 in 5 Pakistanis are against taking the COVID-19 vaccine.

8 in 10 were completely oblivious of any vaccine names.

9 in 10 expected to be vaccinated free of cost.

43% expected to be vaccinated at home.

23% were worried about the side-effects...

And then there are people who think a vaccine is a tool of warfare.

The news of Imran Khan testing positive is only adding fuel to such wild theories. The Pakistan government is caught on a sticky-wicket once again.