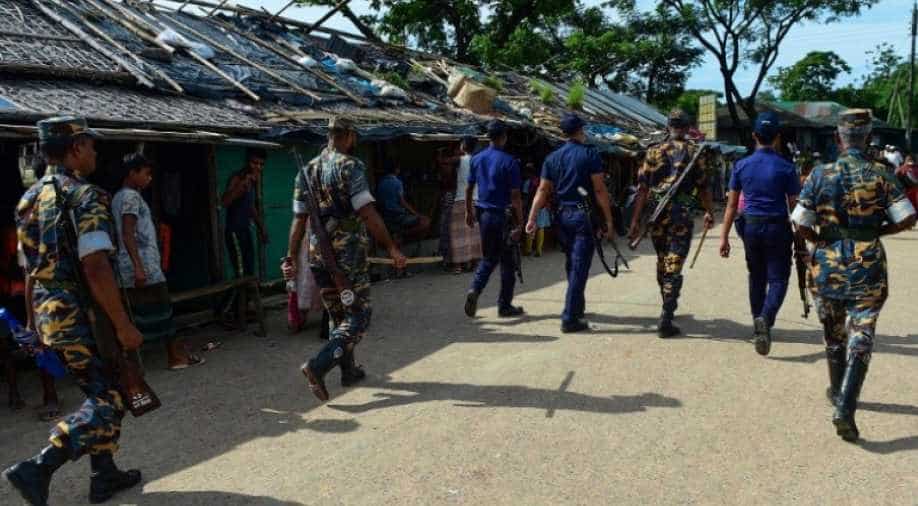 The 100,000 Ahmadis in Bangladesh have faced repeated attacks and are often barred from establishing mosques.

The clashes erupted Tuesday night after days of tensions over a planned convention of the Ahmadi Muslim minority community in the town of Ahmadnagar. Majority Sunni Muslim groups demanded the event be cancelled.

Hardline Islamists do not consider the Ahmadis to be Muslim and have called for them to be banned. The 100,000 Ahmadis in Bangladesh have faced repeated attacks and are often barred from establishing mosques. The group is banned in Pakistan.

Police said several Sunni groups have been holding protests against the Ahmadis' local convention, scheduled to start in just over a week.

"Some 700-800 men wielding sticks and batons marched towards Ahmadnagar and clashed with the Ahmadis," local police chief Abu Akkas said.

Police fired rubber bullets and tear gas to "maintain law and order", he told AFP, adding that at least 20 police and five Ahmadis were injured.

The last few decades have seen a number of attacks targeting Ahmadi Muslims in Bangladesh.

In 1999, a bomb ripped through an Ahmadi mosque in the southern city of Khulna, killing at least eight worshippers.

In 2015 a suicide blast by a suspected Islamist extremist at an Ahmadi mosque in the northwestern town of Bagmara wounded three people.

The Islamic State group claimed responsibility for the attack, but the authorities blamed the homegrown militant group Jamayetul Mujahideen Bangladesh (JMB), which is accused of killing scores of religious minorities including Hindus, Christians, Sufi Muslims and Shiites.