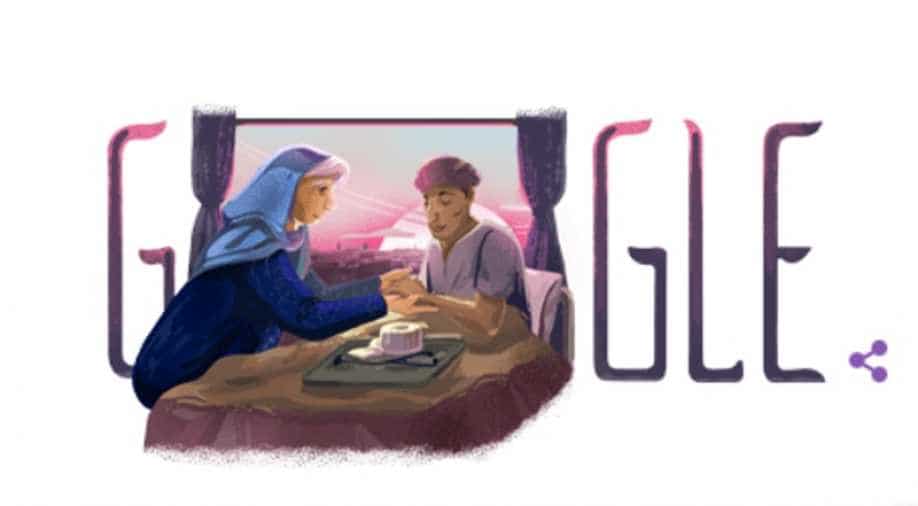 The doodle depicts Pfau, who died at the age of 87 in Karachi in August 2017, tending to a patient. Photograph:( Others )

The doodle depicts Pfau, who died at the age of 87 in Karachi in August 2017, tending to a patient.

Search engine giant Google on Monday paid rich tributes to Dr Ruth Pfau, the late physician and nun who devoted her life to fighting leprosy in Pakistan, with a doodle on her 90th birth anniversary on Monday.

The German physician born in 1929 who was dedicated to eradicating leprosy in Pakistan and has been dubbed 'Pakistan's Mother Teresa'.

The doodle depicts Pfau, who died at the age of 87 in Karachi in August 2017, tending to a patient.

Today’s #GoogleDoodle celebrates Dr. Ruth Pfau, a German physician and nun who was dedicated to getting rid of leprosy from Pakistan

In her many years of work, she established 157 clinics that went on to help more than 56,000 leprosy patients.

Describing the doodle, Google said she was being honoured because she "devoted herself to eradicating leprosy from Pakistan, saving countless lives".

"Also known as Hansen’s disease, leprosy is caused by a bacterial infection that can now be prevented and cured, but the disease has historically caused sufferers to be ostracised and stigmatised for disfiguration," it said.

The California-based tech giant frequently changes the colourful logo on its famously spartan homepage to mark anniversaries or significant events or pay tribute to artists, scientists, statesmen and others.