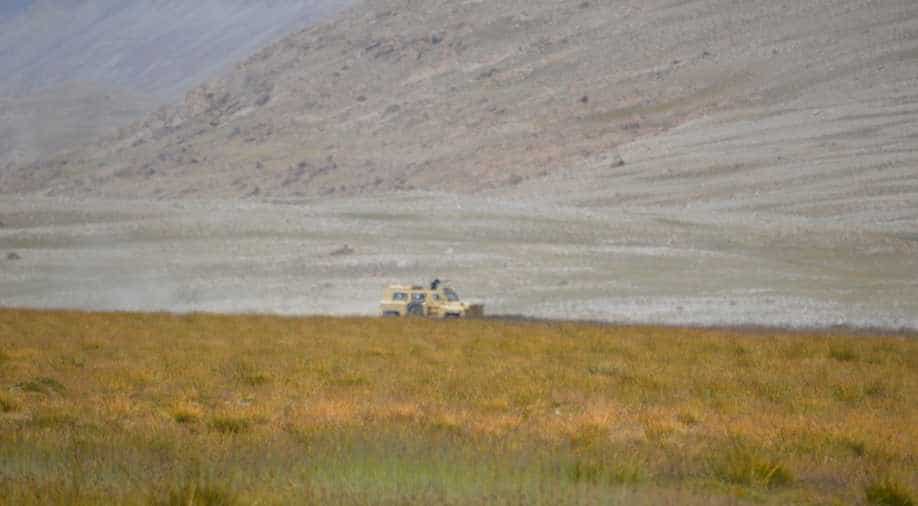 Chinese security forces are ignoring international borders to make regular patrols deep inside eastern Afghanistan, according to sources in the area.

The slim finger of Afghan territory borders China, Pakistan, Tajikistan and India's Jammu and Kashmir state. It is a remote, sparsely-populated area home to the minority Shia Ismaili community and little in the way of representation from the government in Kabul.

WION could not independently verify whether the photographs show Chinese People's Liberation Army (PLA) or private security vehicles, but eyewitnesses in the region accuse the Chinese military of direct involvement.

If the reports are accurate, Chinese security forces could be guilty of a serious breach of international law.

Despite repeated attempts by WION to contact him, a spokesperson for Afghanistan's president did not respond. The Chinese embassy in New Delhi also refused to comment.

''The Humvee-type vehicle is very identifiable as a Mengshi 4x4, also known as the Dongfeng EQ 2050 (see picture below). They have very distinctive markings on the doors which are absent from US-manufactured Humvees,'' he said.

''MRAPs are trickier to identify. The arrangement of the windows and spare tyre varies depending on the customer and precise sub-model. But the hub cap design in these pictures does fit with the Norinco VP 11 (see picture below),'' Mr Bronk added.

Dongfeng and Norinco are both military vehicle manufacturers based in China.

Mr Bronk also confirmed that the vehicles are currently in active service in the PLA. Another military analyst from RUSI, Dr Igor Sutyagin, backed up his analysis of the images.

From the photographs alone, analysts could not confirm whether the Chinese-manufactured vehicles belong to the PLA itself.

While the Afghan National Army is mostly equipped with US hardware, military analysts say they could be replacing destroyed vehicles with cheaper Chinese models. China also recently pledged to provide equipment to Afghanistan's border police.

But sources inside the region say the PLA enter Little Pamir twice a month through Tajikistan. The troops reportedly stay in a local school in Bozai Gumbaz and are barred from speaking to local Afghan citizens.

The exact motivations behind the patrols are not known but Chinese firms hold key mining concessions across Afghanistan. The Mes Aynak copper mine in the Logar province has been hit by repeated delays and security concerns.

Control over its western frontier is also a key security concern for the land-focused Chinese military. In recent years, China has been nervous about the East Turkestan Islamic Movement's activities in its western Xinjiang province and the wider region.

Kabul has an agreement with China and Tajikistan clarifying borders in the Little Pamir region. According to the Xinhua news agency, foreign ministers from the three governments signed the deal in Beijing in June 2012.

But the two countries have no public agreement to perform training exercises or war games on each other's soil.

''China has conducted various diplomatic overtures particularly with regards to mining concessions in Afghanistan, but, to the best of my knowledge, there isn't an established arrangement of that type,'' said Mr Bronk from RUSI.

By crossing into Afghanistan, the Chinese military or private security companies could, therefore, be in breach of international law.

After decades of inward-looking foreign policy, China has ruffled diplomatic feathers with its aggressive claims in the South China Sea.

And Beijing's ambitions are not restricted to maritime activity. In India, Chinese troops have been accused of repeated incursions on the Ladakh plateau in the Himalayas.

With Afghanistan struggling to contain the Taliban in the Kunduz province, the government now faces increased Chinese activity on its porous eastern border.

The Wakhan Corridor may be a remote, desolate part of the world, but Chinese expansion in the region will not go unnoticed by neighbouring India, Pakistan and Tajikistan.

(With additional reporting by Mandy Clark from London)