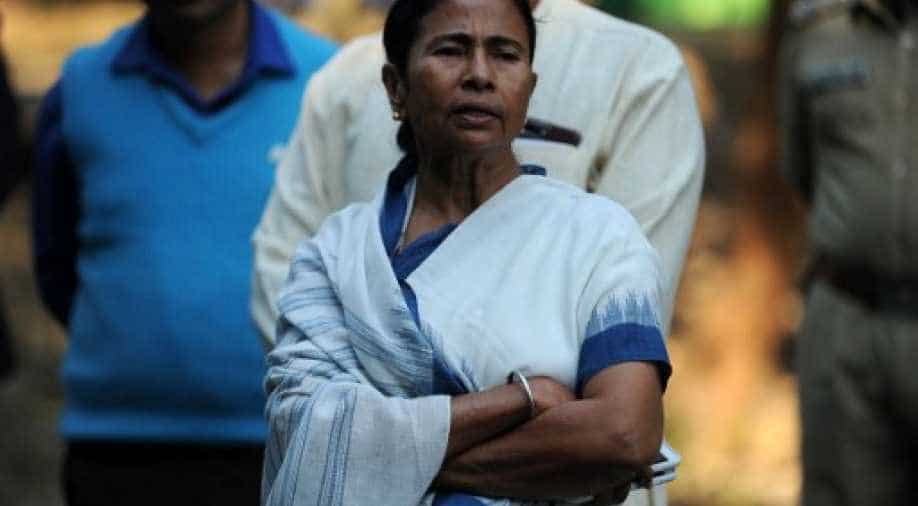 The political head of West Bengal state, Magmata Banerjee, has asked police to crack down on members of outfits that had led the agitation against the substation project. Photograph:( AFP )

Almost 10 days after the anti-land grab movement that kick-started at Bhangor in Bengal’s South 24 Parganas district, the area limped back to normalcy on Wednesday.

Most schools, colleges and doctor’s clinics reopened and transport services resumed across the area on Wednesday (January 25).

Students were seen going to schools for the first time since the agitation began. All the roads that were cut off by the agitating villagers over the setting up of substation of Power Grid Corporation Limited also returned back to normalcy.

Buses were seen plying on the roads that remained deserted since January 16, following clashes that broke out between the villagers and police.

Villagers had been demanding the closure of the power grid project.

The protests were over the acquisition of 13 acres of farmers' land in Bhangar by a the ruling Trinamool Congress party for a power project of the Power Grid Corporation of India Limited, an enterprise of the federal government.

A huge contingent of police force comprising the Combat Force, RAF and other officials of district police of South 24 Parganas have been deployed in the area to maintain law and order in the area.

On the other hand, West Bengal Police arrested the central committee leader of CPI(ML) Red Star, Sharmishtha Choudhury, for allegedly leading the agitation against setting up of the power grid.

According to sources close to West Bengal chief minister, Mamata Banerjee, has asked the security top brass to come down heavily on members of the groups, especially the CPI (ML) Red Star, that stirred the protests.

Since then, leaders of CPI(ML) Red Star, including Alik Chakraborty and Pradip Singh Thakur, have been under the scanner of the West Bengal Police.