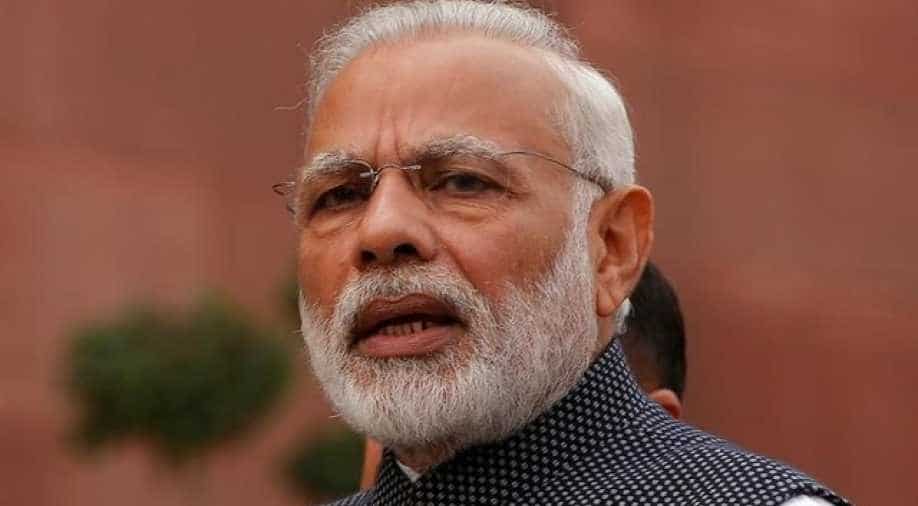 Narendra Modi urged for patience in an interview with an Indian magazine India Today. Photograph:( Reuters )

India's Prime Minister Narendra Modi said the decision to scrap high-value bank notes will give the economy a further boost, and would provide long-term benefits, including forcing the country's vast shadow economy into the open.

The defence of his radical move to abolish 500 and 1,000 rupee notes, in an interview to India Today magazine released on Thursday, comes after the decision has disrupted the daily lives of hundreds of millions of Indians as banks have struggled to swiftly expand the circulation of new bills.

India's gross domestic product grew an annual 7.3 per cent growth between July and September, making it the world's fastest growing large economy, but many economists say expansion will slow substantially in the current quarter.

"We took the demonetisation decision not for some short-term windfall gain, but for a long term structural transformation," Modi was quoted as saying by India Today.

Modi added the move would bring cash from the shadow economy into the mainstream. The Prime Minister had said the demonetisation action was needed to fight corruption and fraud and cut off financing for attacks by militants who target India.

"The multiplier effect of introduction of money which was, till now, uselessly hoarded and stocked away as cash into the active economic system will give the economy a further boost," he said according to India Today.

Both 500 and 1,000 rupee notes will cease to be legal tenders after December 31, and Modi has scheduled a speech to the nation on that day.