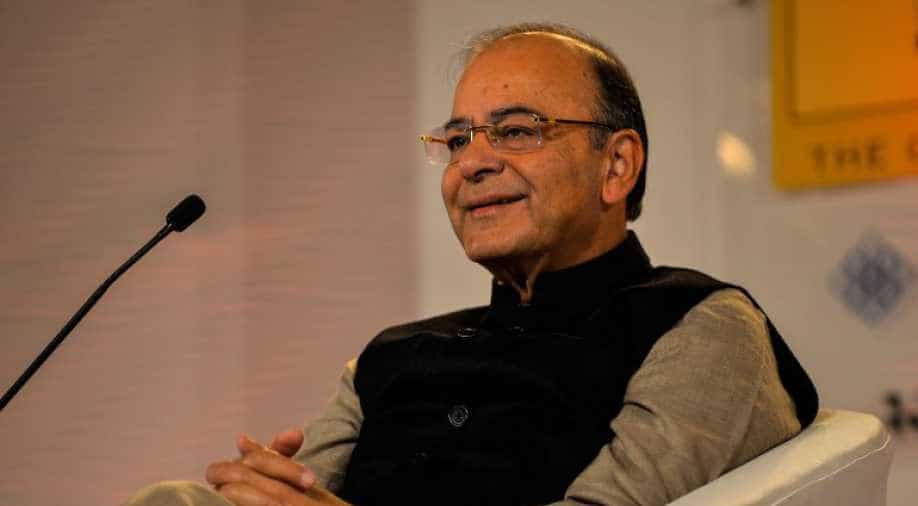 The National Bank for Agriculture and Rural Development has declared that it will support banks in the deployment of two PoS devices per village in 1 lakh villages. The cost of this support is estimated at around Rs 120 crore. Photograph:( AFP )

Should you still be refusing to use your debit or credit card or your mobile phone to make payments in the midst of the current cash crunch, the government has now given you a slew of reasons to move to digital payments.

It announced a number of incentives Thursday.

The sops are mostly in the form of discounts.

For example, a digital payment at government-owned fuel stations will now get you 75 basis points (bps) off on the retail price. (1 bps works out to 1 paisa on every rupee.)

So, at the current price of Rs 66.10 per litre in Delhi, you would save about 50 paise per litre.

Finance minister Arun Jaitley has worked out the math well.

According to him, digital payments at state-owned petrol pumps doubled last month, from 20 to 40 per cent. He said about 4.5 crore customers bought fuel worth Rs 1,800 crore at these pumps every day in the last month. That means transactions worth Rs 360 crore have moved from cash to digital.

Jaitley expects his discount to bring about another 30 per cent jump in digital payments at fuel stations, which will further slash cash usage at petrol pumps by Rs 2 lakh crore a year.

The government has offered other concessions, like 50 bps off on monthly or seasonal tickets on suburban railway networks beginning January 1 next year, and a 5 per cent discount on catering, accommodation, retiring rooms and other paid railway services.

It has also waived service tax on the use of credit, debit, charge or any other payment card for payments of up to Rs 2,000.

Online train ticket booking will fetch a passenger free accidental insurance cover of up to Rs 10 lakh and use of RFID or fast-tags will lower toll fee paid at toll plazas on the National Highway by 10 per cent.

Other measures include offering free point of sale (PoS) machines to 1 lakh villages with a population of up to 10,000, abolishing Merchant Discount Rate (MDR) on digital transactions for central government and PSU services, rental cap of Rs 100 for PoS terminals, micro ATMs and Mobil PoS, Rupay Kisan cards for Kisan cardholders and discount and credit by PSU insurance companies of up to 10 per cent of the premium for general insurance policies and 8 per cent for new life cover from Life Insurance Corporation (LIC).

Meanwhile, the National Bank for Agriculture and Rural Development (NABARD) declared that it will extend support to banks for deployment of two PoS devices per village in 1 lakh villages. The estimated cost of this support will be around Rs 120 crore.

“We believe that these two initiatives will have a positive impact in easing the transition to digital transactions,” said NABARD chairman Harsh Kumar Bhanwala.

Naveen Surya, chairman, Payment Council of India, said the cost reduction that would accrue from the shift to digital modes of payment should be passed on to the end-consumers. “Benefits passed on to consumers will give a booster growth to digital payment companies,” he said.

He called for more such incentives for other services like electricity or mobile bills, long-distance railway tickets and others. Jaitley said that the government was eventually aiming at making political donations payments also digital, like in many developed countries.

“This (incentives and demonetisation) will certainly move India to less cash economy,” he said.