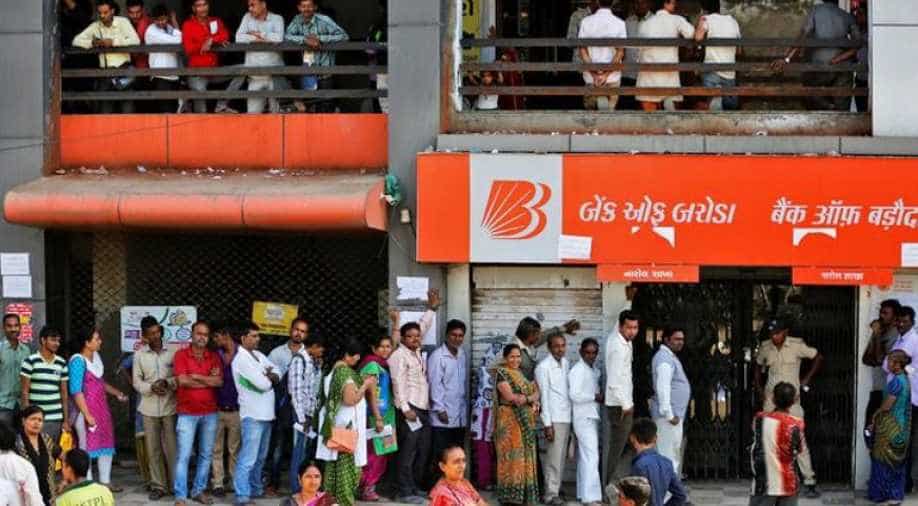 People queue to deposit or withdraw cash outside a bank on the outskirts of Ahmedabad on November 29. Photograph:( Reuters )

Enforcement Directorate (ED) today conducted searches at 40 locations across the country in order to check black money held with currency exchanges, hawala dealers and others in the wake of the demonetisation of Rs 500 and Rs 1000 notes.

Officials said the searches are being conducted by multiple teams of the agency in various cities and as many as 100 sleuths along with police personnel are undertaking the search operation.

In the eastern region, the agency is searching at least 16 locations including six in Kolkata, two each in Bhubaneswar and Paradip (both in Odisha), Guwahati among others.

The sleuths from the Kolkata zone of the ED have also seized Rs 10 lakh cash in new currency from the premises of a doctor in the West Bengal capital during the said operation, even as an assortment of foreign currency worth Rs 4 lakh has been seized from the same area.

They said the agency is looking at instances of illegal exchange of old currency and stashing of new currency notes to perpetrate "hawala" and money laundering-like activities.

ED is the central agency to enforce two laws -- the Foreign Exchange Management Act (FEMA) and the Prevention of Money Laundering Act (PMLA).