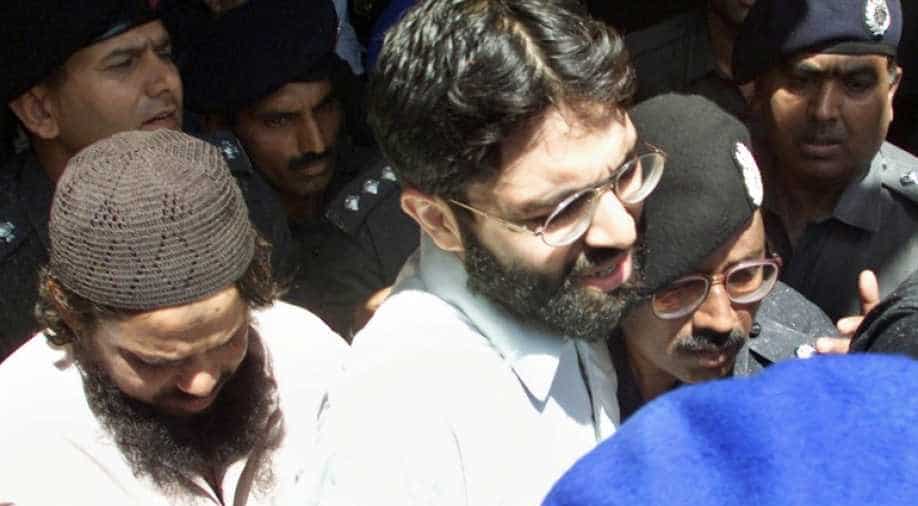 Omar Sheikh, 47, who once studied at the London School of Economics and had been involved in previous kidnappings of foreigners, was arrested days after Pearl's abduction

Ahmed Omar Saeed Sheikh, the man considered to be mastermind behind journalist Daniel Pearl's murder will be shifted to a safe house in Karachi jail premises. Sheikh who was convicted of the murder by a lower court in Pakistan was acquitted by Pakistan Supreme Court last week. After international outrage, federal and provincial governments in Pakistan opposed Omar Sheikh's release. Pearl's family has filed an appeal against Sheikh's acquittal.

Sheikh will now be shifted to a safe house within the jail premises.

"He should be moved to a comfortable environment... to a good rest house where he can live a normal life," Justice Umar Ata Bandial said in a ruling, adding that Sheikh should be confined to quarters, but his family allowed to visit.

While the secure government accommodation is being arranged, Sheikh should be moved from his death row cell to an ordinary jail block, the judge said.

Sheikh, 47, who once studied at the London School of Economics and had been involved in previous kidnappings of foreigners, was arrested days after Pearl's abduction.

He was later sentenced to death after telling a Karachi court that Pearl had been killed days before a gruesome video of the journalist's beheading had been released.

Three other men convicted of the murder were also acquitted.

Daniel Pearl was South Asia bureau chief for The Wall Street Journal when he was abducted and beheaded by jihadists in Karachi in January 2002 while researching a story about Islamist militants.