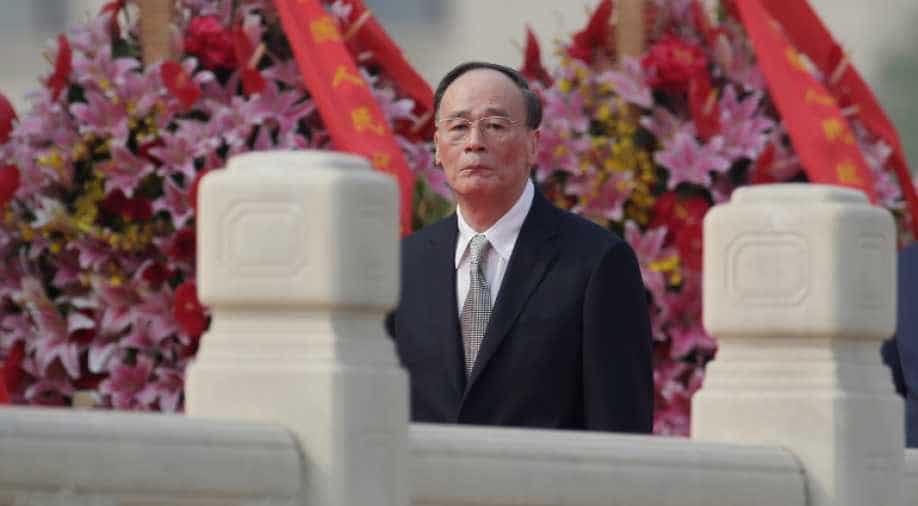 He reached the provincial metropolis on Monday on a two-day trip to meet officials and visit Chinese investment centres in the province.

Chinese Vice President Wang Qishan visited Lahore as part of his trip to promote economic cooperation with the Punjab province, the largest and most developed region of Pakistan.

He reached the provincial metropolis on Monday on a two-day trip to meet officials and visit Chinese investment centres in the province.

The senior Chinese leader said that his government would welcome economic cooperation between the Punjab government and the big provinces of China.

Governor Chaudhry Mohammad Sarwar, who hosted dinner in the honour of Wang, said a new era of cooperation has started between Pakistan and China with his visit.

Wang, a member of the politburo of the ruling Communist Party of China (CPC), also visited Taxila archaeological museum where Buddhist artefacts from Gandhara civilisation are preserved.

The senior Chinese leader, who arrived in Pakistan on Sunday for a three-day visit, met President Arif Alvi and Prime Minister Imran Khan.

Various agreements have been signed in Islamabad after delegation-level talks between the two sides.

The Pakistani officials said that the visit would expedite the $60 billion China-Pakistan Economic Corridor (CPEC).

The CPEC, launched in 2015, is a planned network of roads, railways and energy projects linking China's resource-rich Xinjiang Uyghur Autonomous Region with Pakistan's strategic Gwadar Port on the Arabian Sea.