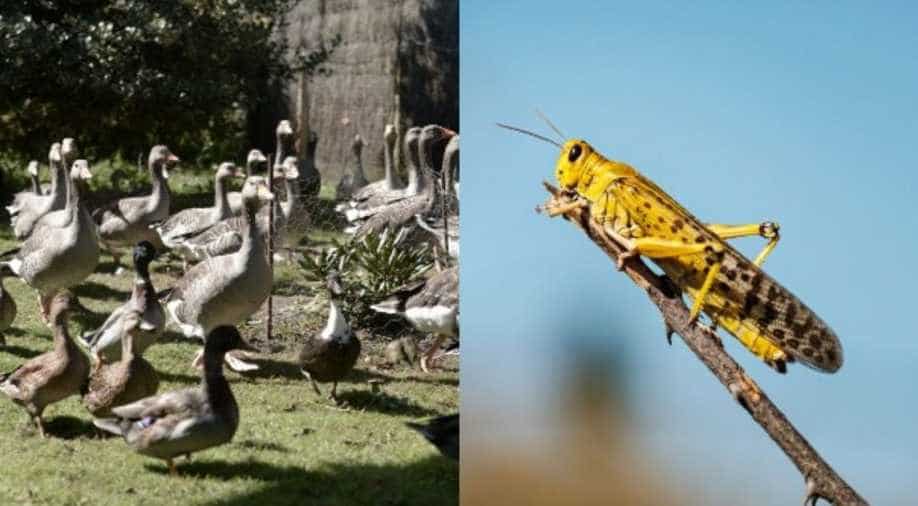 China will not be sending ducks to Pakistan to chomp through a plague of locusts after all, an expert from Beijing`s troubleshooting team said, disappointing netizens who had been rooting for the birds after news of the idea went viral.

An expert from Beijing’s troubleshooting team has said that China will not be sending ducks to Pakistan to chomp through a plague of locusts.

The expert denied the news that the 100,000 ducks would be dispatched from the eastern province of Zhejiang as Chinese experts arrive in Pakistan to advise the country on ways to tackle the locust menace.

This news generated 520 million views on China's Twitter-like social media platform Weibo on Thursday and thousands of comments.Ducks have been used in the past in China to devour crop-ravaging locusts.

Earlier, there were reports that Pakistan would be importing insecticides from India to fight the locust swam but authorities showed inclination towards buying to from China. Pakistan is facing the worst locust attack in over two decades.

According to reports, India and Pakistan authorities had met to review the situation with India too preparing to take on the locusts with drone monitoring system and specialist equipment.

Desert locusts, large herbivores have reportedly arrived in Pakistan from Iran. Pakistan declared a national emergency over the locust swarms and has been preparing a battle plan to face the insects which have already damaged large amount of crops.

Pakistan authorities fear a large attack in June- July and have been preparing in advance.

How Pakistan has persecuted Pashtuns for decades

More than 82% of rapists are fathers or brothers of victims in Pakistan: Lawmaker