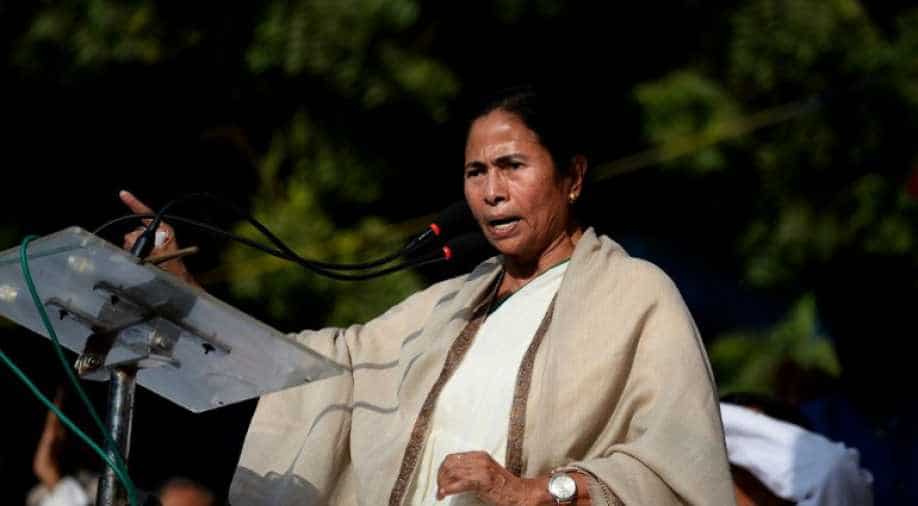 Police and the villagers of Bhangar had clashed on Tuesday over the acquisition of land for a power substation; the clashes left two residents dead. In photo: Bengal chief minister Mamata Banerjee. Photograph:( AFP )

The villagers of Bhangar in Bengal woke up on Wednesday morning to find police uniforms strewn over the village's fields.

Bengal Police, Rapid Action Force (RAF), and Combat Force uniforms were found in the fields, as were helmets and bullet-proof jackets.

Helmets and bullet-proof jackets were found along with the uniforms

According to the villagers, "outsiders" dressed as Bengal Police officers had opened fire at protestors and attacked their homes.

Police and villagers had clashed on Tuesday over the acquistion of village land for the setting up of a power substation at Bhangar.

As many as two villagers were left dead in the clashes. Both of them had suffered bullet injuries.

A section of the villagers allege the abandoned uniforms are linked to a local strongman from the Trinamool Congress. “In the name of police, his men attacked us and our houses. They opened fire and hurled bombs at us,” said Safikul, a villager.

The Trinamool Congress is the ruling party in the state.

Meanwhile, the villagers have put up makeshift road blockades using uprooted trees and bricks at almost every entry point into the village to prevent police from getting in.

On Wednesday, the villagers said their protest and agitation would continue till Bengal chief minister Mamata Banerjee herself announces the closure of the project. They added that only then will believe the project has been scrapped.

On the other hand, Banerjee reached Bengal Police headquarters to chair a high-level meeting with the director general of police and additional director general (Law and Order) over the prevailing situation at Bhangar.