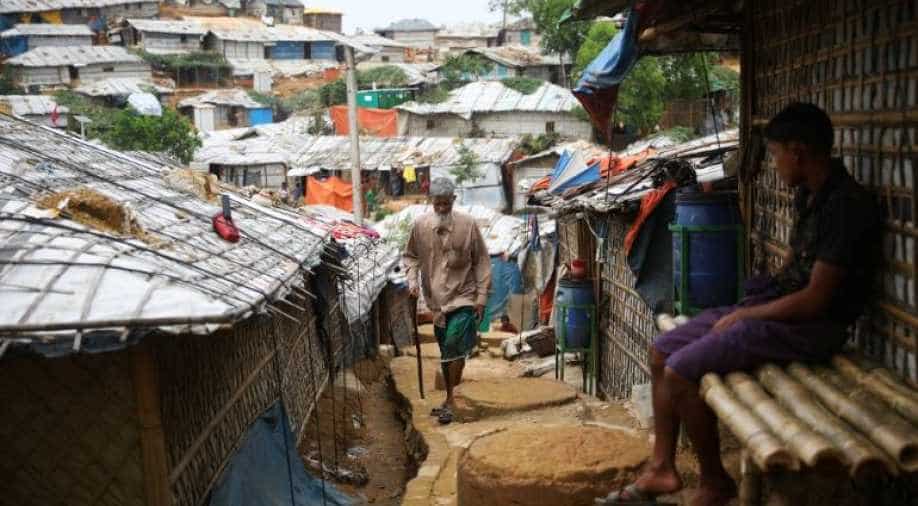 Bangladesh -- a densely populated and impoverished low-lying nation of 168 million people -- is among the most vulnerable to global warming with rising sea levels threatening coastal villages.

Poor, rural Bangladeshis are spending far more than the government and aid agencies to combat the impacts of climate change, diverting what little money they have away from basic needs, a study said Thursday.

Bangladesh -- a densely populated and impoverished low-lying nation of 168 million people -- is among the most vulnerable to global warming with rising sea levels threatening coastal villages.

In a study billed as the first of its kind in comparing household spending to public financing, researchers found rural families were shelling out an average $2 billion a year to address the impacts of climate change.

In contrast, Dhaka's budget for climate change in rural areas for 2018-19 was $1.46 billion, while international financing was an estimated $154 million annually, the report by the International Institute for Environment and Development (IIED) found.

The report was released days before a UN Climate Action Summit in New York between governments, business leaders and international organisations.

"It is unacceptable that the poorest people are shouldering the burden of spending for adapting to climate change in Bangladesh.

"Much more needs to be done to make sure more public climate finance reaches the people who need it most."

Families -- instead of buying food or spending their money on health and education -- were repairing damaged homes and replacing animals and crops.

They were using the money to raise their houses above flood levels, and some were even taking out high-interest loans from informal sources, pushing them further into poverty, the researchers said.

Mohammad Nannu's home was last year destroyed by the shifting currents of the Padma, a tributary of the Himalayan river the Ganges.

He told AFP he borrowed money at an interest rate of more than 20 percent to make ends meet after the disaster, which experts said was due to climate change.

"I become penniless after losing my home and property... when the Padma devoured our entire village," the 50-year-old said.

Local mayor Shahidul Islam said just a handful of families were provided with new homes, with hundreds of others having to rent or move to cities.

Atiq Rahman, a Bangladeshi expert who sits in a UN climate change panel, welcomed the study but said $2 billion was "a fraction of the amount" Bangladeshis and the government spent every year.

"This is an underestimate. There are many climate change-related costs that cannot be easily monetised," he told AFP, citing the impacts on health, land fertility and livestock.