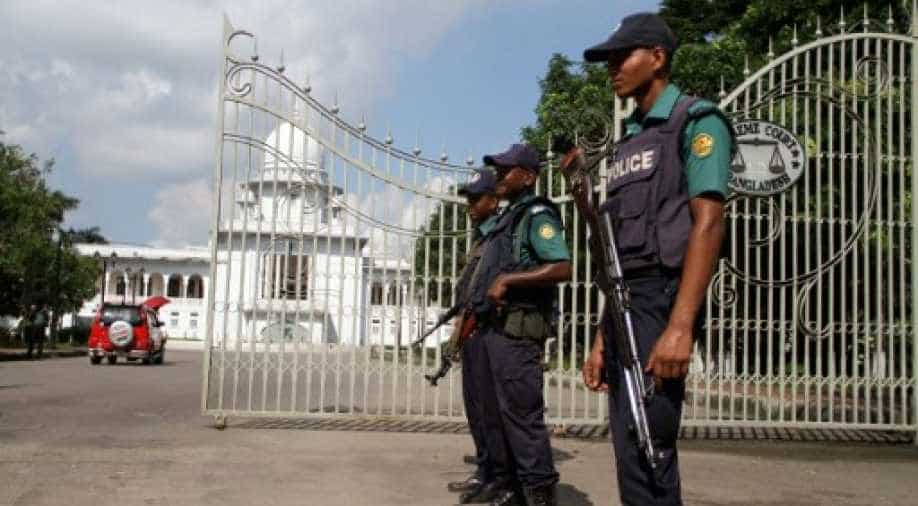 Three men stormed a mosque in Bangladesh and attacked a cleric from the Ahmadi minority Muslim community with cleavers, leaving him critically injured, police said Tuesday.

The men attacked the mosque in the remote village of Khanpur in northern Bangladesh Monday shortly after the evening call for prayer and set upon Mustafizur Rahman, district police chief Syed Nurul Islam told AFP.

"He was hacked at least four times including in his neck and near the back of his stomach. The cut in the neck was very deep," he said, adding the 32-year-old was in hospital in Dhaka and in a critical condition.

Villagers caught and beat one of the men. But police said it was not clear whether those responsible belonged to the Islamist extremist groups behind a wave of attacks on religious minorities and foreigners in mainly Sunni Muslim Bangladesh.

Last year a suicide blast by a suspected Islamist extremist at an Ahmadi mosque in the northwestern town of Bagmara wounded three people.

The Islamic State group claimed responsibility for the attack, but the authorities blamed the homegrown militant group Jamayetul Mujahideen Bangladesh (JMB), which is accused of killing scores of religious minorities including Hindus, Christians, Sufi Muslims and Shiites.

Since that attack police have stepped up security in Khanpur, which is home to around a dozen Ahmadi families.

Community spokesman Ahmad Tabshir Choudhury told AFP they had faced protests from Sunni Muslim villagers in recent months and when they set up the mosque.

Analysts say Islamist militants pose a growing danger in conservative Bangladesh and that a long-running political crisis has radicalised opponents of the government.

There are around 100,000 Ahmadis in Bangladesh, where they have faced attacks in the past and are often barred from setting up mosques.

The worst such attack was in October 1999, when a bomb ripped through a Ahmadi mosque in southern city of Khulna, killing at least eight worshippers.

Police later blamed the Harkatul Jihad Al Islami (HuJI) for the attack. HuJI leader Mufti Abdul Hannan and two his aides were last month executed by the authorities for a bomb attack on the British envoy in a northeastern city in 2004.