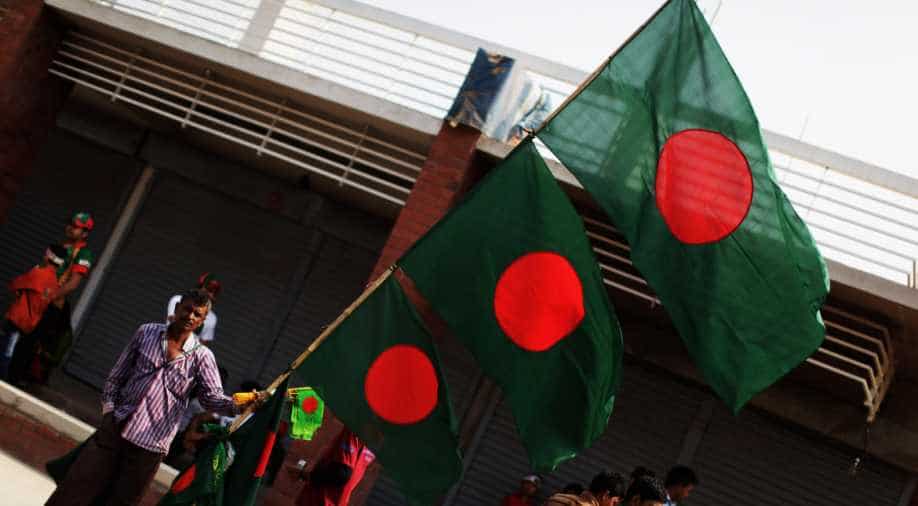 Follow Us
The main suspect in the murder of the Bangladesh bloggers, Avijit Roy and Niladri Chattopadhyay Niloy, was killed in an alleged gunfight with the police in capital Dhaka's Khilgaon area early on Sunday.
The suspect, Shariful alias Sakib alias Sharif alias Saleh alias Arif alias Hadi-1, was a top organiser of Ansarullah Bangla Team (ABT), Bangladesh newspaper, The Daily Star, reported Musudur Rahman, a Dhaka police officer as saying. ABT is a banned militant group.
The "gunfight" apparently took place at Meradiya Banshpotti at about 2.00 am on Sunday.
The police had claimed they found evidence that Shariful was present at Dhaka University where Avijit Roy was hacked to death with machetes on February 26, 2015 and of his involvement even in the killing of Niladri Niloy.
Shariful, who was originally from Khulna, played an important role in the recruitment of ABT members, apart from providing training in firearms and information technology to the new recruits, as per the Dhaka metropolitan police's website.
He was also linked to the murder attempt on publisher Ahmed Rashid Tutul at Lalmatia and the killing of Riyad Morshed Babu, a student of Shanta Mariam University.
This is not all, the police said Shariful was one of the brains behind the murders of Jagriti Prokashoni owner, Faisal Arefin Dipan, blogger Oyashiqur Rahman Babu, secular activist Nazim Uddin Samad and LGBT rights activist Xulhaz Mannan and his friend Mahbub Tonoy.
The alleged gun fight took place within hours of another suspected militant, nineteen-year-old Golam Faizullah Fahim, being killed in a reported ambush when he was taken along on a search for his Islamist associates, the police claimed.
The search team was reportedly ambushed in a farmland. Faizullah was in police custody for questioning for attacking Hindu mathematics lecturer Ripon Chakrabarti and grievously injuring him in Bangladesh's Madaripur. Eyewitnesses managed to catch him and hand him to the police.
As per the police, Fahim was a college student and was a member of the banned Islamist group Hizb ut-Tahrir -- an international group which wants to combine all Muslim countries in a unitary Islamic state. The group is outlawed in several countries, including Bangladesh.
Seven suspected Islamist militants have now been shot dead since Bangladesh launched a nationwide crackdown on local jihadist groups in the wake of a spike in the murders of secular activists and religious minorities.

The drive has seen more than 11,000 people including 194 militants arrested over the past week despite widespread criticism by local and international human rights groups.
Nearly 50 people have been killed over the last three years in a wave of gruesome murders targeting Hindus, Christians, Sufi Muslims, secular activists and foreigners, with most blamed on or claimed by Islamist militants.

Many of the victims were hacked to death with machetes.
(WION)