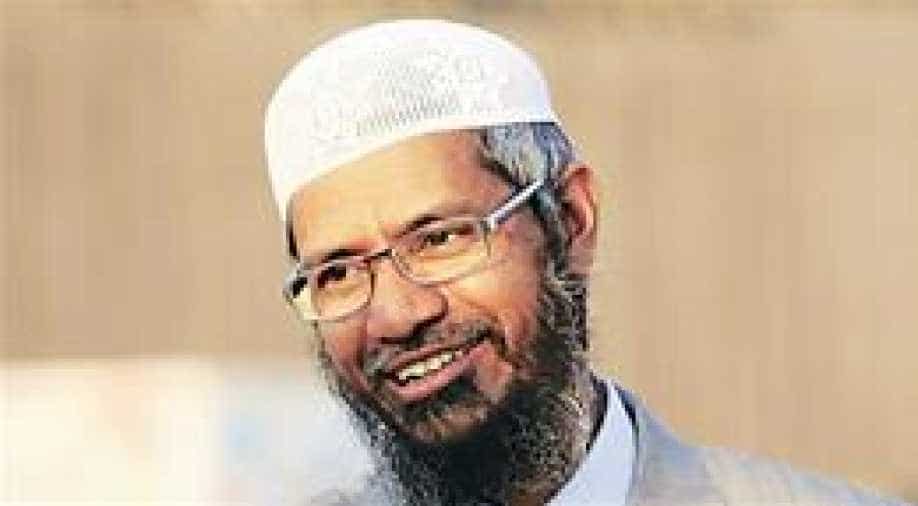 "He is on our security scanner. Our intelligence agencies are investigating his activities," Bangladesh's home minister said.?(Youtube) Photograph:( Others )

Follow Us
Bangladesh government today banned the broadcast of India-based controversial preacher Zakir Naik's Peace TV channel after reports that his "provocative" speeches inspired some of the militants who carried out the Dhaka cafe attack in one of the worst terror strikes in the country.

Amid speculations that recent terror attacks were perpetrated by 'well-educated' millitants, the government also called upon educational institutions to share a list of 'absent students' in a bid to keep a track on youth.

The decision to ban the Mumbai-based preacher's 'Peace TV Bangla' was taken during a special meeting of the cabinet committee on law and order, Bangladesh industry minister Amir Hossain Amu, who chaired the meeting, said.

It was also decided to monitor the sermons given during the Friday prayers to check whether any provocative lectures are delivered, Amu told reporters.

Naik's speeches are believed to have inspired some of the Bangladeshi militants, who killed 22, mostly foreigners, at an upscale restaurant in Dhaka's Gulshan neighbourhood on July 1.

The government also appealed to the imams in the country to deliver lectures in line with real Islamic ideology of denouncing terorism and extremism, the minister said.

Besides senior ministers, the meeting was attended by chief of police and head of the elite Rapid Action Battalion (RAB), paramilitary border guards and top officials of different security agencies.

"He is on our security scanner. Our intelligence agencies are investigating his activities as his lectures appeared provocative," Khan said.

Three of the alleged jihadists who participated in an attack on a Dhaka cafe last week attended top schools and universities in the Bangladeshi capital, according to reports.

The revelation that the attackers were educated, well-off members of society has sparked fears that Islamism has spread far beyond disenfranchised youngsters being radicalised in madrasas.

Prime Minister Sheikh Hasina earlier in the day called on every school, college and university to "create a list of absent students and publish it".

"We will be rigorous," the premier said and added, "We must uproot militancy and terrorism from Bangladesh."

School authorities would now have to provide information on any students who have an unexplained absence of 10 days or more, education minister Nurul Islam Nahid said.

It may also be recalled that another student of a well-regarded university participated in a deadly attack in northern Bangladesh on Thursday that killed at least three people at a huge prayer gathering marking the start of Eid.

Police said both attacks were carried out by a banned local militant group, despite vocal claims from the Islamic State group that they were responsible for the siege at the Dhaka cafe.

She offered US expertise in building Bangladesh`s counterterrorism capabilities, the American embassy in Dhaka said in a statement.

"We will continue our assistance in combatting the global threat of terrorism that our countries both confront," she said.