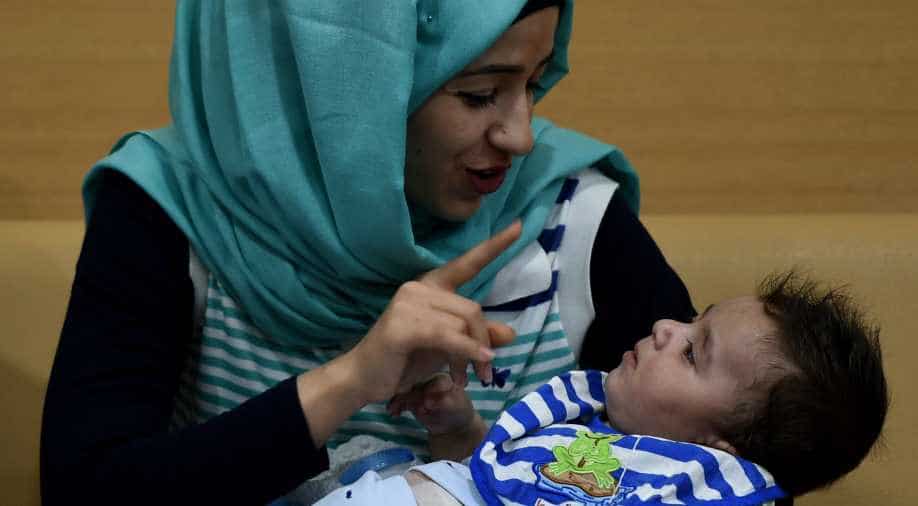 Doctors said Karam was born with eight limbs, including two that were protruding from the stomach, which took three surgeries to remove the limbs.

Karam was afflicted with a rare birth defect named Polymelia and was in a critical condition when he first arrived in India's northern town of Noida, roughly 45 kilometres from central Delhi.

There are just five or six known cases worldwide of this condition, making the task more difficult for the doctors, said senior orthopaedic consultant Gaurav Rathore, who was part of the surgical team at Jaypee Hospital.

"He was brought to us when he was just two weeks old and his condition was quite unique. Most of the surgeries we performed had not been attempted before," Rathore told reporters in Noida.

"Till now our journey has been quite successful. Karam is a very courageous young baby. He is, in fact, a very happy child."

In the first stage of the surgery, the doctors took out the limbs coming out of the stomach, the second stage necessitated them to rectify a cardiac complication and the third stage entailed removing the remaining limbs.

The operation was complicated and took eight hours to complete, Rathore told mediapersons.

"We had planned the surgery thoroughly. We had done all the investigation (about the case) earlier."

However, Karam will require more procedures as he grows older to correct other anomalies.

A hub of medical tourism, India attracts thousands of patients from all over the world, owing to low costs and high quality of medical care.

Karam's father Nadar, who was initially horrified when his son was born, said his only hope was that his son now grows up normal and healthy.

"He is my only child and the first-born is always special," said Nadar, 28. "There were a lot of risks but I never lost hope."