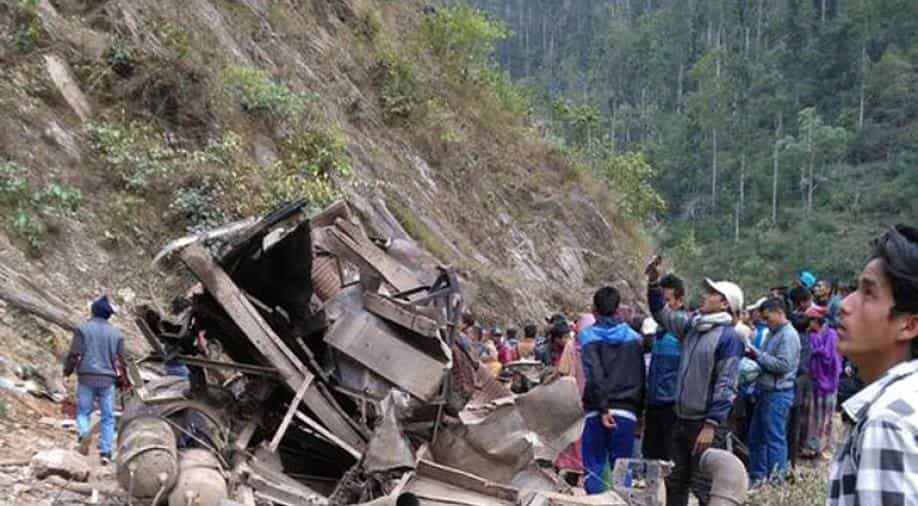 At least 19 people were killed when an overcrowded bus swerved off the road and plunged into a river in central Nepal on Saturday, police said.

The bus skidded off the road in Dhading district, approximately 80 kilometres (50 miles) west of the capital Kathmandu, early morning and fell into the Trishuli River.

"We have recovered the bodies of 19 people from the place of the accident and number of missing is still unknown as the bus had no record of the total number of passengers," district police chief Dhruba Raj Raut told AFP.

Local TV footage showed rescue workers pulling the dead and injured from the water, while soldiers in boats scoured the river for the missing.

At least 16 injured passengers were recovered from the river and taken to local hospitals, police said.

Authorities are yet to confirm the cause of the crash, but local media quoted passengers as saying that the driver may have been drunk.

Police Inspector Barun Bahadur Singh, at the scene of the accident, told AFP that the driver was injured in the accident and is thought to have fled after freeing himself from the wreckage of the bus.

"The driver of the bus is suspected of running away right after the incident and we have expedited the search operation in the nearby areas," he said.

Deadly crashes are relatively common in the impoverished Himalayan nation because of poor roads, badly maintained vehicles and reckless driving.