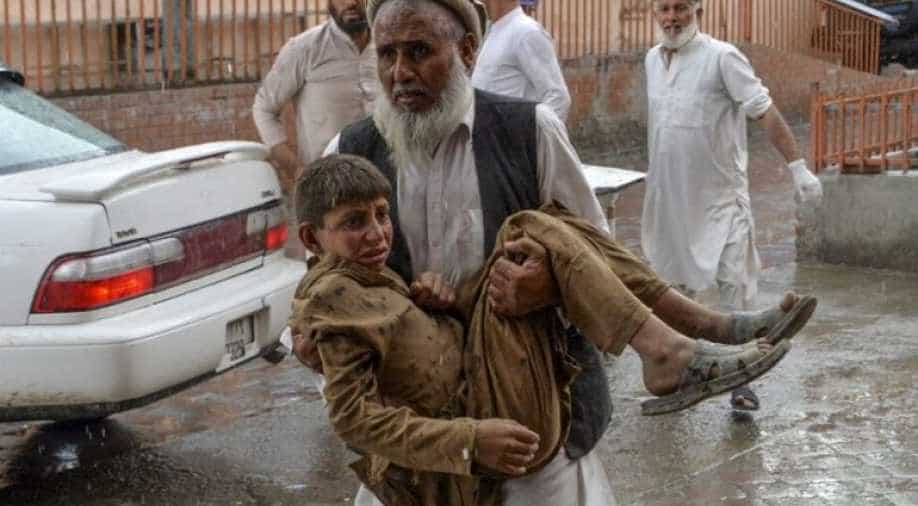 A volunteer carries an injured youth to hospital, following a bomb blast in a mosque in Kabul Photograph:( AFP )

The death toll from an attack on a mosque in Afghanistan during Friday prayers has risen to 62, authorities in the eastern Nangarhar province said.

The toll "has risen to 62 dead and 33 injured," said a spokesman for the local governor. The Taliban have condemned the attack and blamed it on the Islamic State group.

A bomb exploded in a mosque in eastern Afghanistan during Friday prayers killing people who had gathered for worship.

"The number of casualties may rise as the rescue team and people are working to bring out the bodies from the rubble," Sohrab Qaderi, a member of the provincial council in Nangarhar added.

Attaullah Khogyani, the spokesman for Nangarhar's provincial governor, said the roof of the mosque had fallen in due to the blast.

No militant group has claimed responsibility so far.

The blast came after the United Nations released a new report on Thursday saying that an "unprecedented" number of civilians were killed or wounded in Afghanistan from July to September.

Civilians have long borne the brunt of violence in Afghanistan's conflict, and the UN called the casualties "totally unacceptable".

The UN laid the blame mainly at the feet of anti-government elements such as IS and the Taliban, though it also documented an alarming rise in casualties caused by pro-government forces.