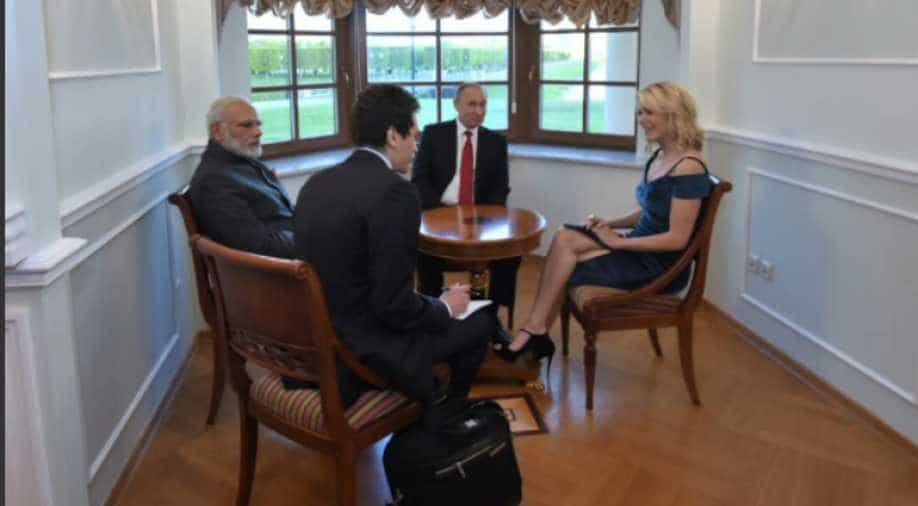 Modi ranks third with 30.3 million followers?in terms of the most followed world leaders on the microblogging site. This is why some Indians are now upset with Kelly.

When National Broadcasting Company (NBC)'s Megyn Kelly on Thursday asked Indian Prime Minister Narendra Modi if he was on Twitter, little did she know that her question would make her the target of attacks on the microblogging site.

Modi ranks third with 30.3 million followers in terms of the most followed world leaders on Twitter, after former US president Barack Obama and current US President Donald Trump.

This is why some Indians are now upset with Kelly.

.@NBCNews @megynkelly asks @narendramodi ,the 3rd Most Followed World Leader on @Twitter ,"Are you on #Twitter ?". She hasn't done homework! pic.twitter.com/6KTVj3yY2G

Dear @megynkelly here is ur twitter profile vs @narendramodi sir profile,still u ask that r u on twitter. Wats d population f ur country btw pic.twitter.com/bFcanO6iLP

The events unfloded when  Modi praised Kelly for her picture on Twitter where she is posing with an umbrella. A surprised Kelly asked the Prime Minister "Are you on Twitter?"

Modi laughed off her question.