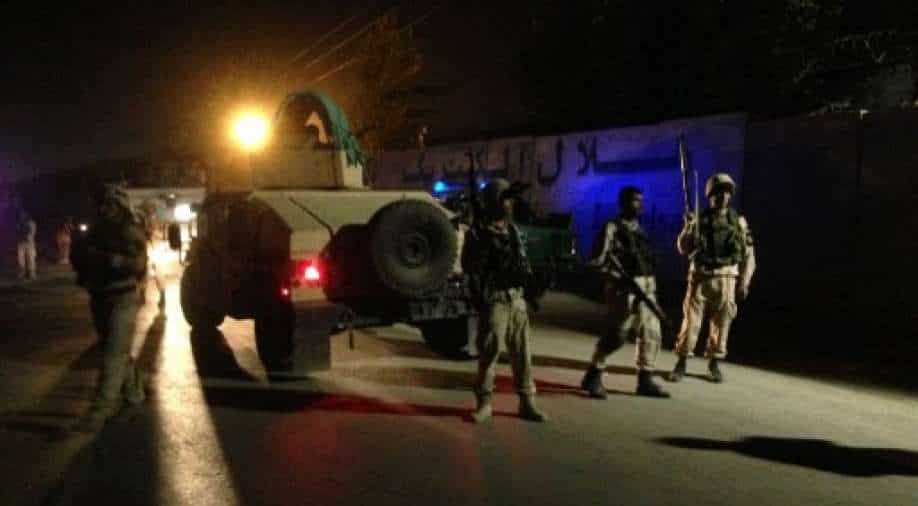 US troops in Kabul Photograph:( AFP )

Days after the American embassy in Kabul stopped its visa operations due to a surge in coronavirus cases, the management announced an immediate lockdown after 114 staffers fell ill, with the military hospital's ICU running at full capacity.

The embassy announced it had created temporary wards to take care of patients who needed oxygen, with the majority of cases being unvaccinated.

The authorities have banned indoor meetings unless it is "absolutely mission-critical". Indoor and outdoor pools and indoor gyms have been closed.

The restrictions are set to be in force until the chain of transmission is broken, it said. One staff member has died due to the virus.

Afghanistan has been hit by a third wave with over 3,400 casualties reported since the country was hit by the pandemic last year.

The International Federation of Red Cross and Red Crescent Societies had earlier reported that COVID-19 cases have reported a huge jump with hospitals under pressure and lack of resources impeding medical care.

The country recorded 2,313 coronavirus cases and 101 fatalities on Thursday with less than 1 per cent citizens vaccinated as China's Sinopharm vaccine arrived in the country last week.

Several areas including Kabul have been hit badly with the virus with hospital beds fully occupied.