All US diplomatic staff accounted for in Dhaka, says State Department 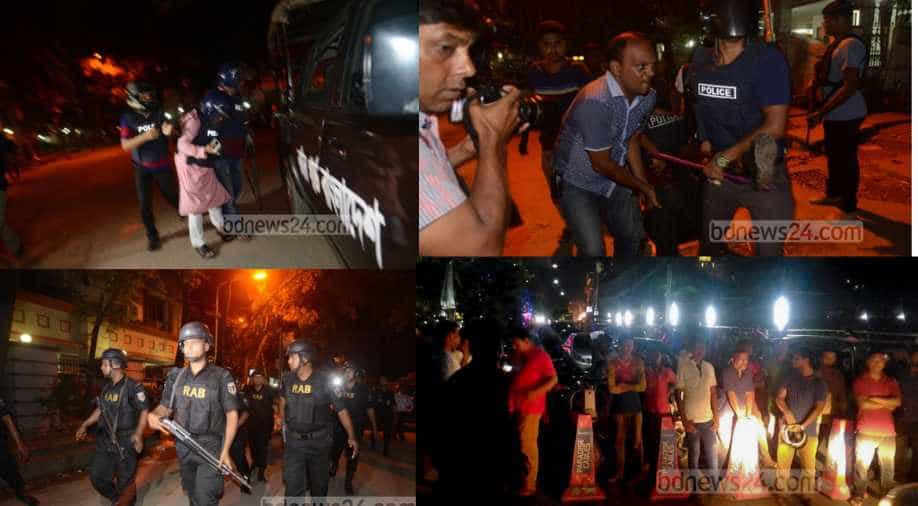 Follow Us
The US State Department said on Friday it had accounted for all diplomatic staff at its mission in Bangladesh's capital Dhaka following an attack by gunmen on a restaurant in the city's diplomatic quarter.

Spokesman John Kirby, however, could not confirm whether private US citizens were caught up in a "hostage situation".

It was too early to say who was behind the attack or the motivation of the attackers.

"We have accounted for all Americans working for the chief of mission authority" in Dhaka, Kirby told a press briefing. He said the situation was "very fluid, very live".

Benjir Ahmed, the chief of Bangladesh's special police, said several foreigners were among a number of people taken hostage in the restaurant, which is located in a suburb frequented by foreigners and diplomats.

Eight to nine gunmen attacked the restaurant in the Gulshan area of the capital.

The attack comes a day after the State Department designated al-Qaeda in the Indian Subcontinent, known as AQIS, as a foreign terrorist organisation. The move would freeze any known assets the organisation, or its leader, Asum Umar, may have in the United States.

The State Department said the organisation had claimed responsibility for the murders of activists and bloggers in Bangladesh, including Xulhaz Mannan, a gay rights activist employed by the US embassy in Dhaka.