After Sabzar Bhat killing, one dead as clashes erupt in Kashmir Valley 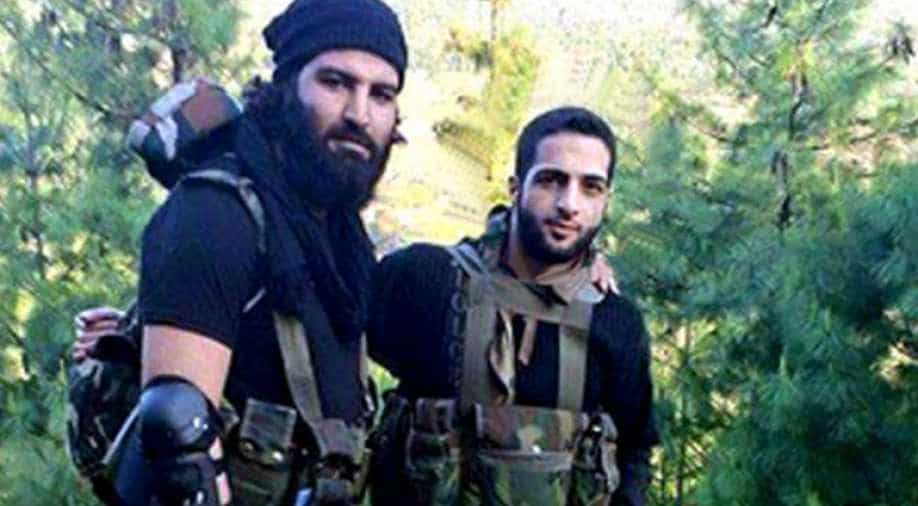 According to the sources, Sabzar (L), son of Ghulam Hassan Bhat, was a resident of Ratsona village in Tral. Photograph:( Zee News Network )

A civilian was killed after clashes broke out between protesters and government forces following the death of a top Hizbul Mujahideen commander in Indian-administered Kashmir Saturday.

Sabzar Ahmad Bhat, the self-styled successor of dead Hizbul Mujahideen commander Burhan Wani was killed in an encounter with security forces in the Tral region of Jammu and Kashmir, the state's police said.

A police official, speaking on condition of anonymity, told AFP that the protester was killed after troops opened fire on the villagers.

At least three other protesters sustained bullet injuries in the clashes.

Authorities imposed a curfew in many parts of Srinagar as violence spread across the restive region after Sabzar Bhat's death.

Educational institutions in Srinagar will remain closed on Monday, the district magistrate said.

"The admit cards of students appearing in CET and other competitive examinations tomorrow will be treated as curfew passes. The staff posted as invigilators can use their identity cards for reaching the centres and back home," he said.

A spontaneous shutdown was witnessed across almost all districts of the Valley as the news of the killings spread.

Internet services, which had resumed just a day earlier, were also suspended. BSNL broadband service, however, was functioning normally, an official said.

The two factions of separatist conglomerate--the Hurriyat conference--have called a two-day shutdown in the valley from tomorrow against the "use of force" against protesters in the aftermath of Sabzar Bhat's killing.

"We condemn the use of brute force against unarmed civilians, injuring hundreds of them and call for a strike on Sunday and Monday," separatist leaders Syed Ali Shah Geelani, and Mirwaiz Umar Farooq, and JKLF chief Yasin Malik, said in a statement in Srinagar.

The separatists have also called a march to Tral on May 30 to pay tributes to sABZAR Bhat and seven other militants killed today.

They asked people in the valley to turn up in large numbers in Tral on Tuesday to pay tributes to the slain militants.

Protesters clash with security forces across the Valley

Clashes erupted between stone-pelting youth and security forces across the Valley, including in Anantnag, Shopian, Tral, Pulwama and Srinagar, after the news of Sabzar Bhatt's death.

Another terrorist of the Hizbul Mujahideen, Faizan Muzaffar Bhatt, was also killed in the encounter.

"Yes, both of them were gunned down and the operation is still going on," police chief Shesh Pal Vaid told AFP.

The two Hizbul terrorists were gunned down in an encounter in Saimoh Village. Major protests erupted in Saimoh and nearby villages soon after the encounter.

Police said hundreds of villagers tried to break the cordon by throwing rocks at security forces, resulting in clashes that left at least 10 injured.

Dozens of people were injured in the clashes in Anantnag, media reports said. Classes were suspended in colleges in Srinagar, around 40 kms near Tral, to prevent student protests.

Jittery people rushed back to their homes in Srinagar, leading to traffic snarls. Schools were close three hours ahead of schedule.

Five police personnel were also wounded in clashes in Srinagar and have been hospitalised, an official said.

According to the sources, Sabzar, son of Ghulam Hassan Bhat, was a resident of Ratsona village in Tral. He had taken over the anti-India terror operations of the Hizbul Mujahideen after Burhan Wani was killed.

Rashtriya Rifles and the Jammu and Kashmir Police had jointly launched a cordon in Saimu village of Tral sector on Saturday morning following an intelligence tip-off.

The Hizbul Mujahideen is the largest indigenous rebel group fighting the Indian state since 1989.

Sabzar Bhat succeeded popular militant leader Burhan Wani after he was killed in a gunfight in July, triggering months of anti-India protests in which nearly 100 people died.

On Saturday, in a separate incident, the Indian army said they had killed six militants who had infiltrated across the border from Pakistan in the northern Indian state. The encounter took place in the Rampur sector.

Two suspected militants were killed in the same region on Friday, the Indian army said, taking the number of terrorists killed since yesterday to ten.

"Relentless operations by security forces have defeated desperate attempts by Pakistan and Pakistan-sponsored agents to spread terror in the state in the run up to the holy month of Ramzan," the defence spokesman of the Northern Command said.

In the last 24 hours, ten heavily armed intruders and terrorists have been successfully eliminated, he said.