After Lakhvi conviction, US asks Pakistan to 'further hold him accountable' 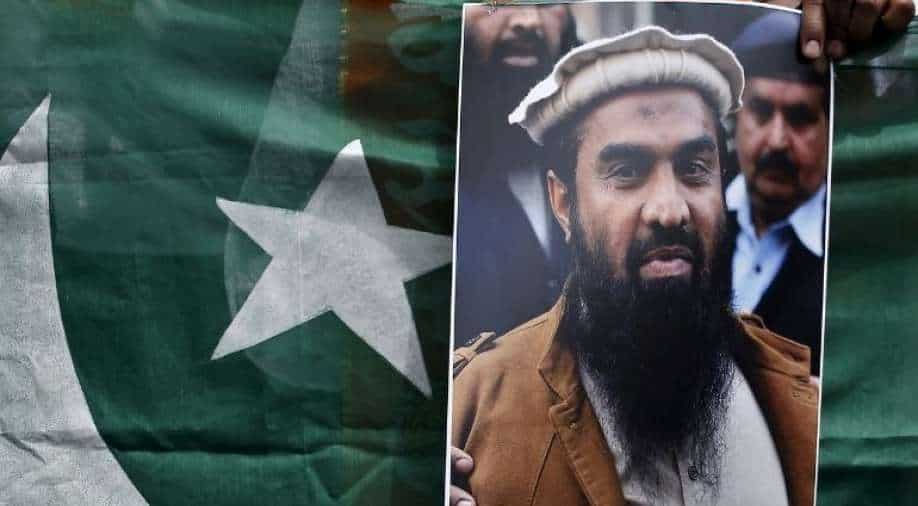 A supporter of Shiv Sena holds Pakistan's national flag and a portrait of Lakhvi during a protest in New Delhi Photograph:( Reuters )

USA on Saturday asked Pakistan to hold Mumbai terror attack mastermind Zaki ur Rehman Lakhvi accountable 'further'. State Department's Bureau of South and Central Asian Affairs said that while it was 'encouraged' by the terrorist's conviction, his crimes went 'far beyond financing terrorism'. Department of State urged Pakistan to hold Zakiur Rehman Lakhvi accountable for his involvement in the Mumbai terror attacks.

"We are encouraged by the recent conviction of Zakiur Rehman Lakhvi. However, his crimes go far beyond financing terrorism. Pakistan should further hold him accountable for his involvement in terrorist attacks, including the Mumbai attacks", the tweet posted on the official handle of the United States Department of State said.

We are encouraged by the recent conviction of Zaki ur Rehman Lakhvi. However, his crimes go far beyond financing terrorism. Pakistan should further hold him accountable for his involvement in terrorist attacks, including the Mumbai attacks.

On Friday, India had called the sentencing of Zakiur Rehman Lakhvi, along with an arrest warrant against Masood Azhar as "routine farcical actions". India added that the action was undertaken simply in anticipation of the Financial Action Task Force (FATF) meeting, which is due in February.

The Ministry of External Affairs spokesperson Anurag Srivastava said, "the timing of these actions clearly suggests the intention of conveying a sense of compliance ahead of the APJG meeting and next FATF plenary meeting in February 2021".

For two years, Pakistan has remained on the FATF greylist for its inability to fulfil anti-terror financing commitments.

On Friday, Lakhvi was sentenced by a Pakistan court for 15 years in jail for financing terror. Considered one of the key masterminds of 26/11, no action before this had been taken against him so far.

Indian Ministry of External Affairs spokesperson had also said earlier - " It is for the international community to hold Pakistan to account and ensure that it takes credible action against terror groups, terror infrastructure and individual terrorists."

Lashkar-e-Taiba's top commander and key conspirator of the 26/11 Mumbai terror attack, Zakiur Rehman Lakhvi, was arrested by Pakistan's counter-terrorism authorities on January 2 for terror financing. He was found guilty of extending financial help to terrorists through different umbrella businesses.