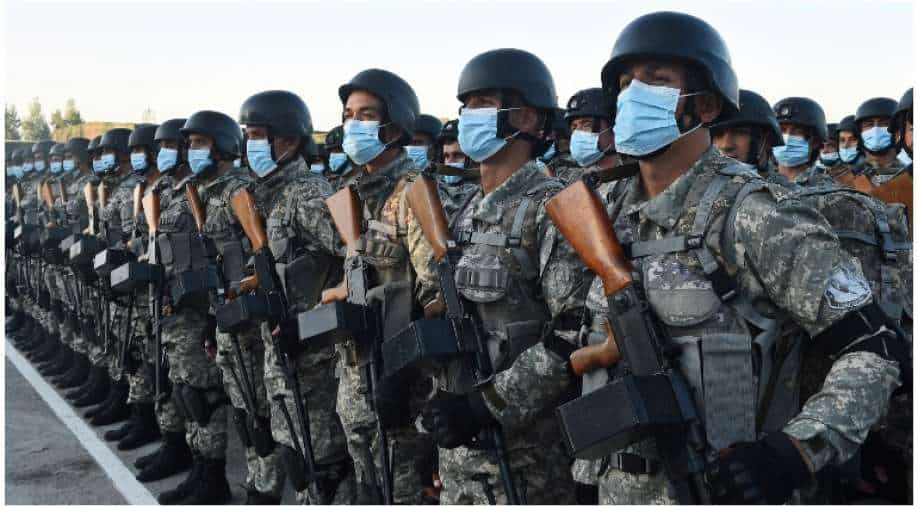 The largest-ever military exercise has come in the wake up Taliban advances in Afghanistan. Even Russia is planning to hold joint exercises with Tajikistan and Uzbekistan

Right since USA announced its withdrawal from Afghanistan, the Taliban has been on the offensive. At present they control large part of the country and have been able to encircle many of the main cities. The border crossing between Afghanistan and Tajikistan is now under Taliban's control.

On Thursday, Tajikistan mobilised 130,000 men from its military reserve in addition to 100,000 active servicemen for the three-hour exercise.

More than 1,000 military vehicles, hundreds of artillery guns and mortars and dozens of aircraft including helicopters were deployed during the exercise, Rakhmon's office said in a statement.

"Due to the unstable situation in the region I once again remind the people of Tajikistan that we must be ready to protect the peace and stability that have been achieved at a high price," Rakhmon said in a speech broadcast by state television.

He said that 20,000 from the military reserve had been sent to reinforce Tajikistan's border with Afghanistan.

Earlier this month, hundreds of Afghan servicemen crossed border into Tajikistan as they retreated from Taliban offensive. Tajikistan later sent them back as the Kabul government arranged special flights to return its soldiers.

Russia, which operates a military base in Tajikistan, plans to hold joint drills there with Tajikistan and Uzbekistan, another former Soviet republic bordering Afghanistan, next month.