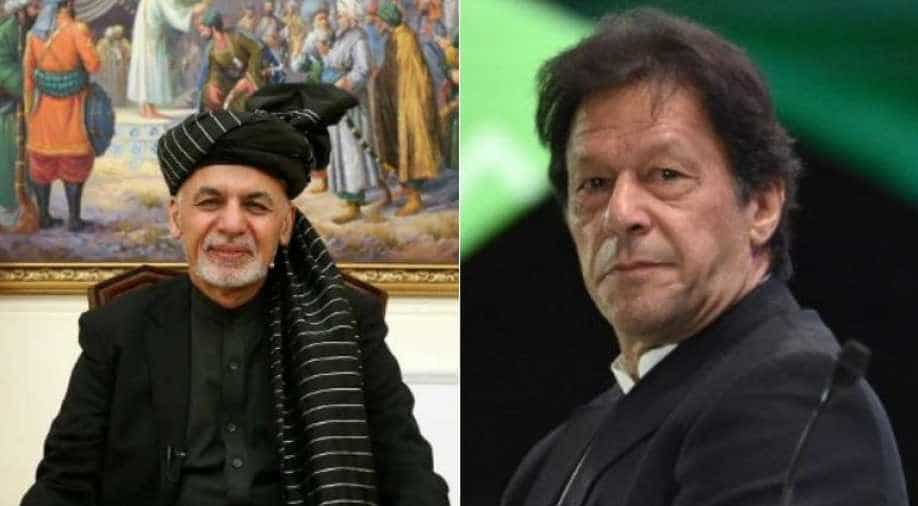 Ghani's third visit since 2014 comes as efforts have intensified to reach a political settlement with the Taliban and end decades of war in Afghanistan, which has long accused Pakistan of supporting the Islamist insurgent movement

Ghani's third visit since 2014 comes as efforts have intensified to reach a political settlement with the Taliban and end decades of war in Afghanistan, which has long accused Pakistan of supporting the Islamist insurgent movement.

"It is important to see how much regional countries, such as Pakistan, is ready and what kind of help it can provide for peace in Afghanistan," said Haroon Chakhansuri, a spokesman for Ghani in Kabul, the capital.

Pakistan's foreign ministry said the visit would focus on boosting cooperation in areas from security and peace and reconciliation to trade and the economy, adding that officials and a business delegation would accompany Ghani.

Taliban and US officials have held several rounds of talks and say they are close to agreeing a timeline for the withdrawal of foreign troops and guarantees that Afghanistan would not be used as a base for militant attacks on US targets.

But Ghani's government has been shut out of negotiations by the Taliban's refusal to deal with what they consider an illegitimate "puppet" regime.

Ghani this year accused Pakistan of meddling in internal politics, saying the keys to the war are in the cities of Islamabad and Rawalpindi, where its government and military are based, and Quetta, location of a key group of Taliban leaders.

Pakistan's role in the peace talks is delicate, as it seeks to avoid demonstrating the kind of broad influence over the Taliban long attributed to it by Washington.

US special envoy for Afghanistan Zalmay Khalilzad, who is leading the push to broker a peace deal with the Afghan Taliban, has held several rounds of talks with Pakistani officials to smooth the way.

Trade analysts said Afghanistan was a key export market and important hub with central Asia for Pakistan, which faces bleak economic headwinds, including a looming balance of payments crisis likely to be worsened by regional turmoil.

"At this stage Pakistan cannot afford to see Afghanistan slide into chaos when it has been running short of foreign exchange reserves," said Mohammad Jamaluddin of the Pakistan Afghanistan Joint Chamber of Commerce.