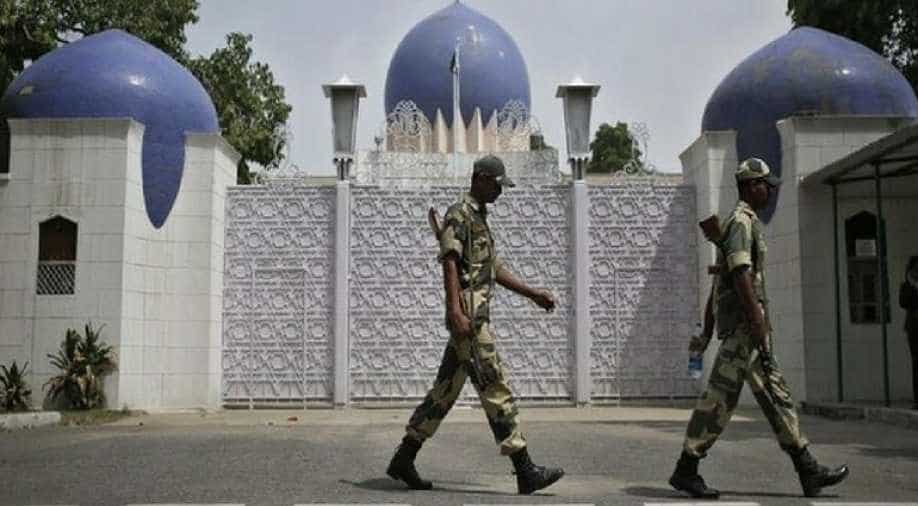 Two Pakistani nationals were arrested on charges of supplying suicide vests allegedly to the insurgents in Afghanistan's Nangarhar province on Tuesday.

Nangarhar Police Chief Abdul Rahman Rahimi said the two Pakistanis and dozens of others were arrested in connection with criminal and terrorist activities in the past month in different parts of the province especially in Jalalabad city.

"Two Pakistani nationals who were preparing suicide vests were arrested with suicide vests and dozens of other suspects who wanted to conduct terrorist activities in different parts of the province were arrested before they were able to reach their targets. They are now under investigation," Rahimi said.

The arrests come after a number of people raised concerns over the increase in criminal and terrorist activities in the province.

Meanwhile, the two Pakistanis who were arrested said that they had been deceived by the militants.

"A person named Osman told me that we will go to Afghanistan because Americans are there. We came to Afghanistan and before we could deliver the suicide vests, we were stopped by the police and have told them that we have been deceived by this Osman," said Ahmad, the second suspect.

Separately, two people died in a fire early Tuesday in Jalalabad city. Three others were injured.

Local officials said that the fire broke out in the Behsood district of Nangarhar province when a magnetic mine was placed in a fuel tanker. Forty shops in the area caught fire.

Suicide attacks, also known as fidayeen attacks, is a modus operandi of the Taliban and Daesh insurgents in war-ravaged Afghanistan.