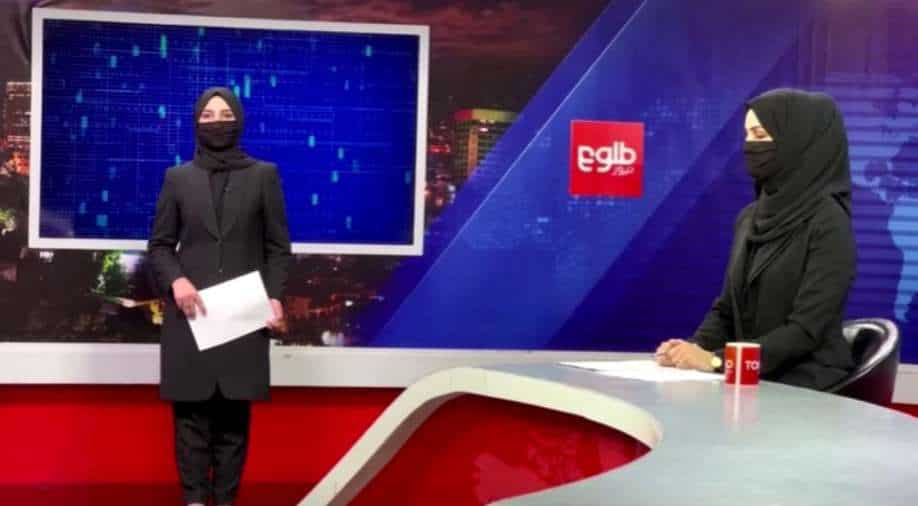 Several times, the Taliban claimed that it has changed since its last rule, especially regarding women's rights. However, the recent policy changes show otherwise

Female TV presenters in Afghanistan appeared with a cover on their faces on-air while reading news on Sunday (May 22) after a recent Taliban ruling ordered them to do so.

As per a report by Reuters, the Taliban authorities on Thursday ordered the female TV presenters to cover their faces while on-air.

Akif Muajer, the spokesman for the Taliban's Ministry of Vice and Virtue, said: "Yesterday we met with media officials... they accepted our advice very happily."

However, the female TV presenters were apparently frustrated as one of them said that she "wasn't feeling good at all." As quoted by Reuters, TOLO TV presenter Sonia Niazi said, "A presenter must feel totally calm and relaxed during the (news) presentation to convey the truth to the people."

"...(but) today for the first time I experienced a moment where I had to present my program wearing a mask and I wasn’t feeling good at all," Niazi added.

Muajer had also said that the move would be received well by Afghans. He added: "The last date for face covering for TV presenters is May 21," referring to when compliance with the new requirement should begin.

He apparently said that the female presenters could wear a medical face mask, which was been widely used during the coronavirus pandemic.

Several times, the Taliban claimed that it has changed since its last rule, especially regarding women's rights.

However, the recent policy changes show otherwise. Taliban have limited women's movement without a male chaperone and also older girls are also yet to be allowed back to schools and colleges.