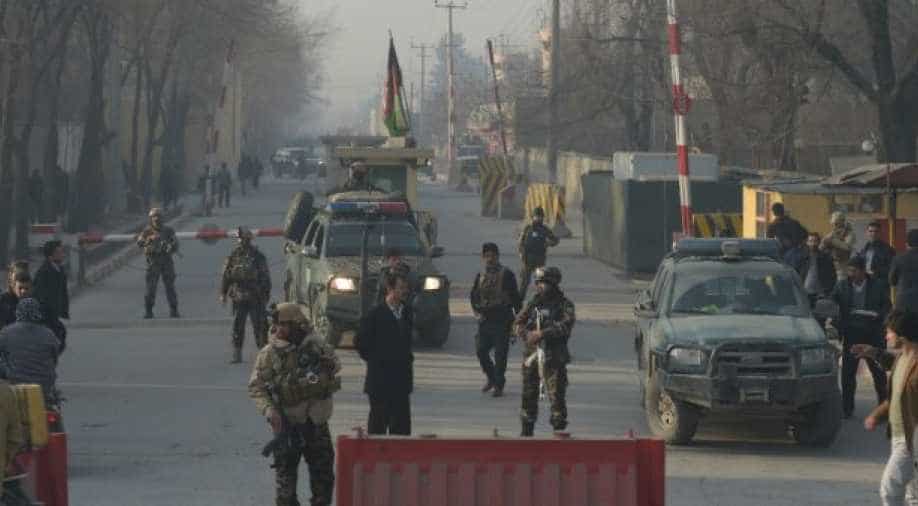 Officials said the number of casualties could rise. Photograph:( Reuters )

It has also been reported that a suicide bomber was likely to have been behind the attack.

"There were two explosions. We still do not know the target of the attack, but Afghan Voice Agency is in the area of the attack," interior ministry spokesman Najib Danish said.

Another deputy interior ministry spokesman Nasrat Rahimi told AFP: "The target of the attack was the Tabayan cultural centre. A ceremony was being held to mark the 38th anniversary of Soviet-invasion in Afghanistan when the explosion went off."

As per reports, witnesses said there were maximum casualties among students attending a panel discussion with researchers at the agency's offices.

According to officials, more casualties are feared.

There was no immediate claim of responsibility for the latest in a series of attacks on Afghan media groups but the Taliban issued a statement denying any involvement.

Last week, Islamic State claimed responsibility for a suicide attack on a compound of Afghanistan’s national intelligence agency in Kabul, which killed at least five people and wounded two.

The blast, the latest in a series to hit Afghan media groups in recent years, also follows an attack on a private television station in Kabul last month.

The Islamic State group has claimed responsibility for the attack.