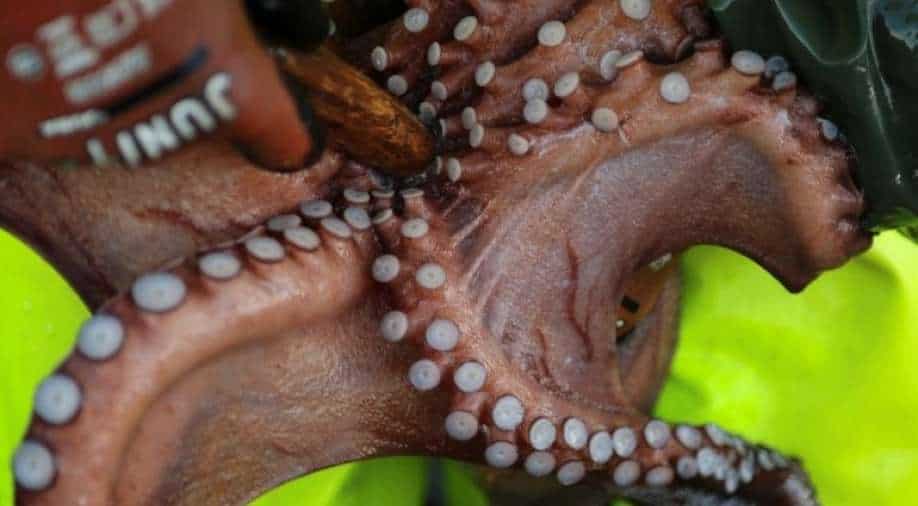 The commercial incentives for the farm, which is slated to produce 3,000 tonnes per year by 2026 for domestic and international food chains and generate hundreds of jobs on the island of Gran Canaria, are clear. Photograph:( Reuters )

On paper, octopus farms seem like a good idea, because many regularly consumed species can reproduce quickly, gain body mass quickly, and mature in a year or two.

As a Spanish company aims to construct the first commercial octopus farm next year, spurred on by rising seafood demand, as scientists learn more about the enigmatic animals, some fear it will be an ethical and environmental disaster.

Proponents of the project argue that the breeding programmes will relieve pressure on overburdened fisheries while also creating jobs in the area.

However, ethicists, zoologists, and environmentalists are sceptical, stating that there are numerous reasons why octopuses should not be farmed.

On paper, octopus farms seem like a good idea, because many regularly consumed species can reproduce quickly, gain body mass quickly, and mature in a year or two.

The idea of octopus aquaculture, on the other hand, comes with a slew of costs and issues.

They're finicky eaters, especially when they're young, and like to consume live prey.

Octopuses do not do well in confinement, and when confined with one another, they can become violent, even mutilating themselves.

Furthermore, octopuses are known escape artists, finding ingenious ways to get free at any given moment.

Aquaculture as a whole continues to be a major source of environmental concern as of late.

Despite tremendous progress over the last two decades, the fishing industry continues to be a source of aquatic pests and diseases, pollution, and greenhouse gases.

Companies like Nueva Pescanova approach these challenges pragmatically, intending to overcome them through research, though they're notoriously tight-lipped about what that could entail.