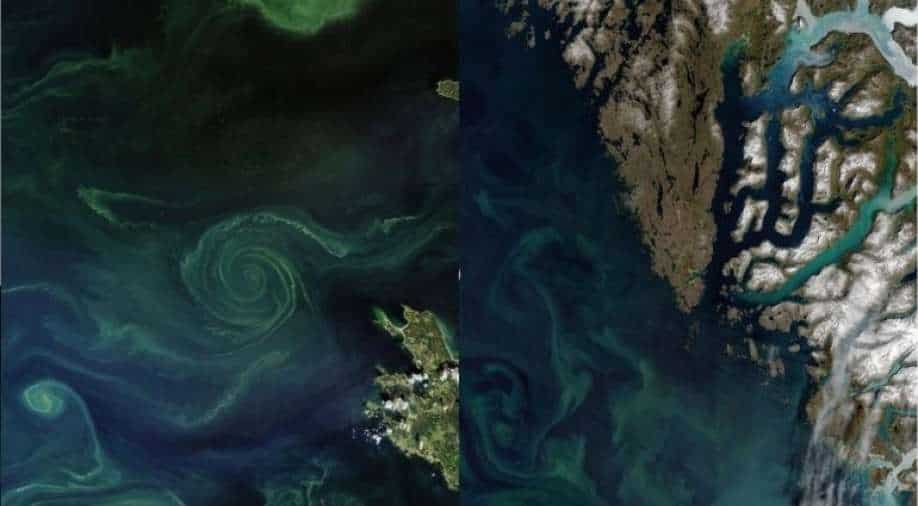 NASA's Landsat 8 satellite has captured mesmerising images of phytoplanktons, the base component of the marine food chain.

Microscopic ocean plants called phytoplankton gobble up CO2 and drag it to the bottom of the ocean when they die.

Their colony size is limited by a lack of natural iron, but experiments have shown that sowing the ocean with iron sulphate powder creates large blooms.

Plankton include microscopic plants and animals, fish larvae, bacteria, viruses and other microorganisms that drift in the oceans.

By removing carbon dioxide from the atmosphere and converting it into organic carbon via photosynthesis, plankton provide a buffer against the increased carbon dioxide being generated by the burning of fossil fuels.

New research led by NASA researchers has found populations of the microscopic marine plants, phytoplankton, have decreased in the Northern Hemisphere.

An analysis using a NASA model in combination with ocean satellite data between 1998 and 2012, showed a 1 per cent decrease of phytoplankton per year.