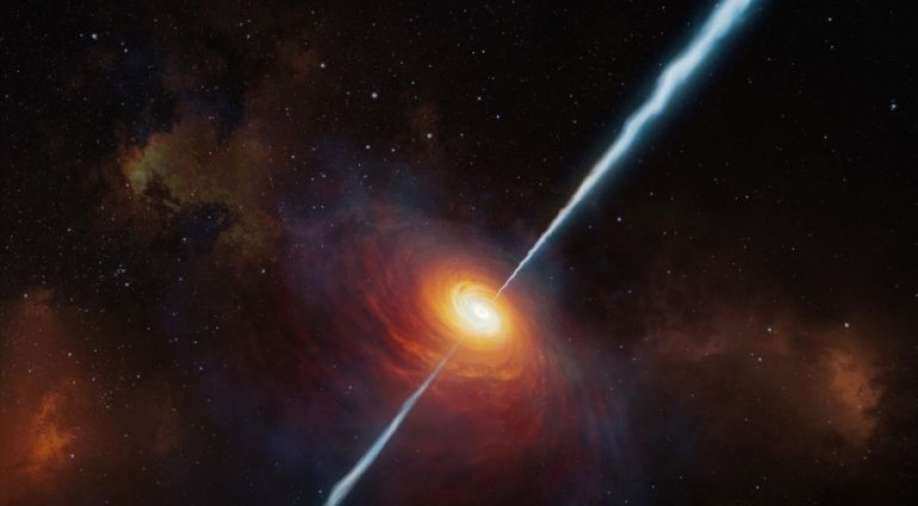 Among the brightest objects in the universe, quasars are found at the centre of some galaxies and are powered by black holes that are supermassive. The quasar in question is peculiarly important for it is "radio-loud"

Scientists recently discovered the most distant radio blast known to mankind. The blast emanated from a quasar which is situated far away, and took at least 13 billion years to reach Earth, implying that the signals are from a long time ago - precisely when the universe was just 780 million years old.

But what are quasars? Among the brightest objects in the universe, quasars are found at the centre of some galaxies and are powered by black holes that are supermassive. The quasar in question is peculiar for it is "radio-loud". Such quasars have jets that throw out radio emissions, and only 10 per cent of all quasars are able to do this.

This marks the first time radio jets have been found from so farther off in the universe. Scientists have been able to find many objects dating back to the first billion years of the universe in the last 10 years. Even then, finding objects that emit radio signals has remained difficult.

The quasar is named P172+18, and is powered by a massive black hole - 300 times bigger than our own Sun, which continues to devour everything around it, and remains one of the fastest-growing black holes observed.

Chiara Mazzucchelli, one of the scientists from the European Southern Observatory who found the object told The Independent newspaper that it holds the "building block" to understanding the ancient Universe, which in turn would help us understand our origins.

The scientists inspected the quasar from the Magellan Telescope at Las Campanas Observatory in Chile, after which they found that the radio blast was emanating from a far-off quasar.

Thanks to sophisticated equipment including the ESO's "Very Large Telescope" enabled scientists to observe the black hole and the quasar in detail. The findings from the paper titled "The discovery of a highly accreting, radio-loud quasar at z=6.82'' is set to be published in The Astrophysical Journal.