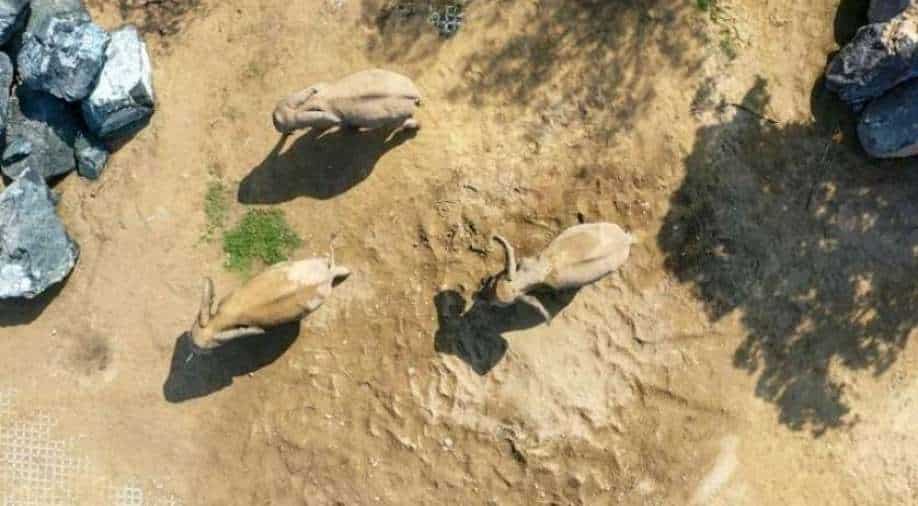 Satellite monitoring is an unobtrusive technique requiring no ground presence, thus eliminating the risk of disturbing species, or of concern for human safety during data collection.

Satellite monitoring is an unobtrusive technique requiring no ground presence, thus eliminating the risk of disturbing species, or of concern for human safety during data collection.

The images, from a satellite orbiting 600 kilometres (some 370 miles) above the Earth, could survey upward of 5,000 square kilometres (nearly 2,000 square miles) of land in one pass, captured in a matter of minutes.

The scientists trained the algorithm to recognise only adults among a dataset of 1,000 elephants in the park and then found it was also able to identify calves.

Researchers at the University of Oxford and the University of Bath said the use of algorithms, machine learning and satellite technology could replace current techniques used to count elephants -- a critical aspect of conservation.

"The population of African elephants has plummeted over the last century due to poaching, retaliatory killing from crop raiding and habitat fragmentation," Oxford said in a statement.

"To conserve them requires knowledge of where they are, and how many there are: accurate monitoring is vital."

Currently, the most common technique for surveying elephant populations in savannah environments is aerial counts from manned aircraft.

The academics said aerial surveyors can get exhausted, and are sometimes hindered by poor visibility.