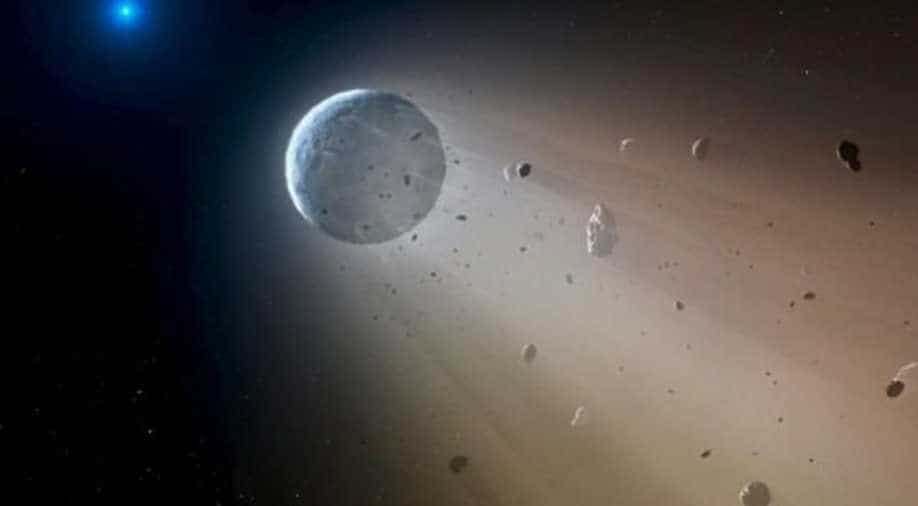 This comes after speculation earlier this month the object would become a new “mini-moon” and join other small asteroids in getting trapped in our planet’s orbit.

An expert at NASA has claimed that a newly discovered object approaching the Earth is actually an old rocket from a failed lunar mission.

This comes after speculation earlier this month the object would become a new “mini-moon” and join other small asteroids in getting trapped in our planet’s orbit.

The new object, dubbed 2020 SO, is expected to fall into our orbit, where it will spin from mid-October to May 2021.

It is believed 2020 SO is actually the Centaur upper rocket stage that propelled NASA’s Surveyor 2 lander to the moon.

The rocket took flight in 1966, and ended up crashing on the surface of the moon after one of its thrusters failed to fire up approach the rock. It has since remained in space as floating debris.

Current estimates put the size of the object between roughly six and 14 metres in length -- based on its observed brightness.

It won’t get very close and is on a “highly-chaotic path,” wrote orbit simulator Tony Dunn on Twitter. In fact, projections suggest it will pass by Earth on Dec. 1 at a distance of about 50,000 kilometres, and later in February at about 220,000 kilometres.

Asteroid 2020 SO may get captured by Earth from Oct 2020 - May 2021. Current nominal trajectory shows shows capture through L2, and escape through L1. Highly-chaotic path, so be prepared for lots of revisions as new observations come in. @renerpho @nrco0e https://t.co/h4JaG2rHEd pic.twitter.com/RfUaeLtEWq